Flower Quote: Anyone Who Thinks 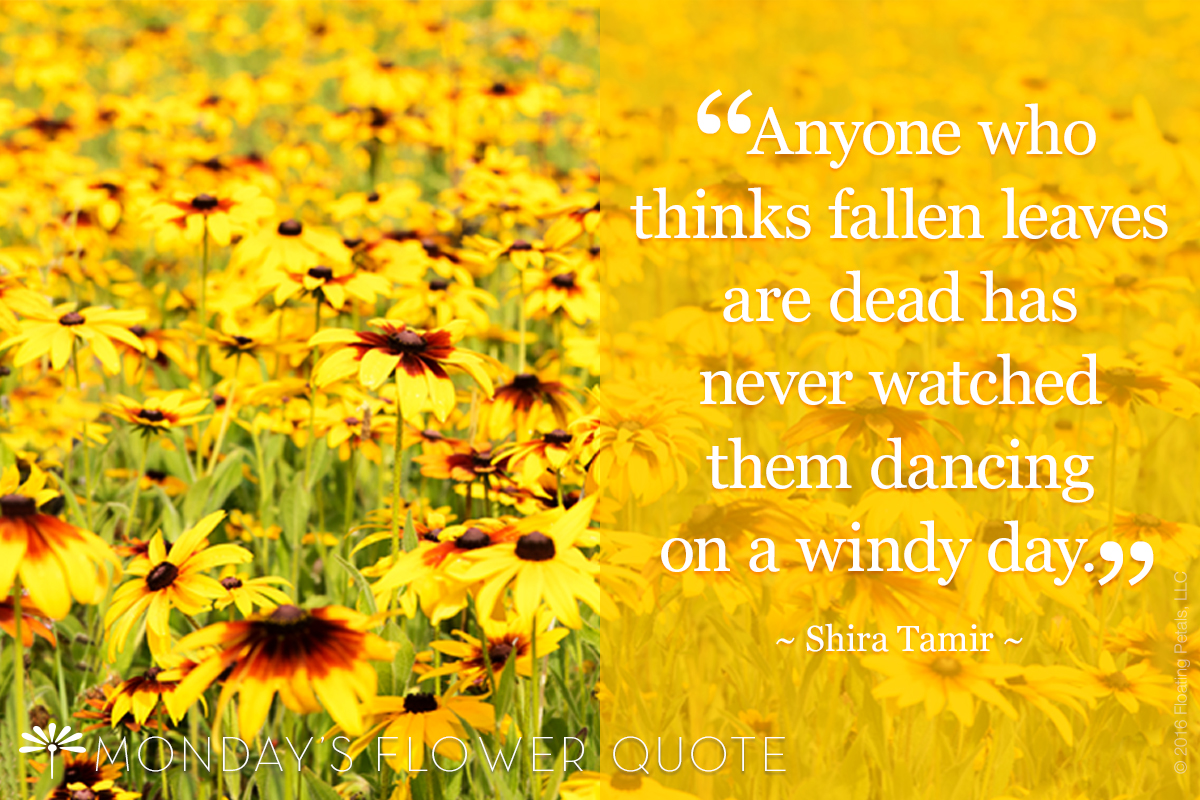 MY TWO CENTS After coming across Shira's quote, I have decided that we all must've learned to dance watching leaves and petals in the wind...we decided to emulate them since they looked like they were having so much fun! ABOUT THE AUTHOR Shira Tamir is originally from Isreal and currently lives in New York. She is a t-shirt designer and she has a blog called "Living in my own world". I can re... 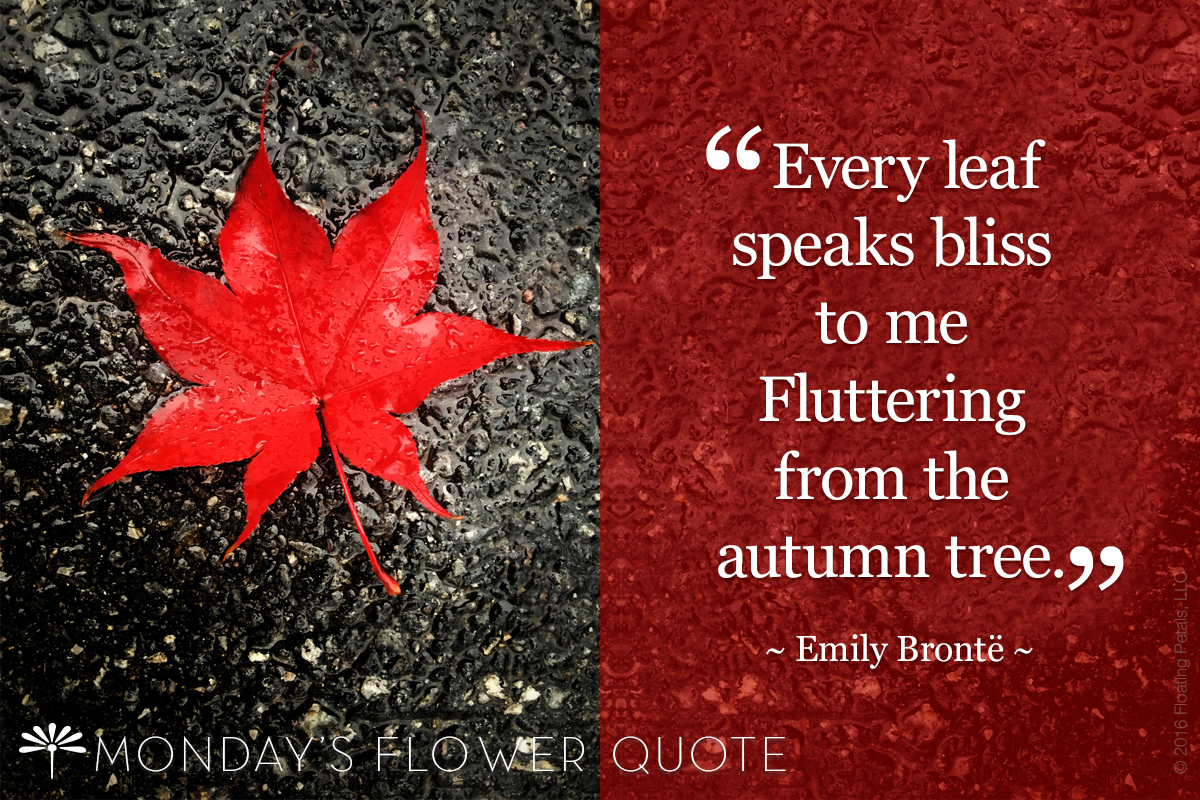 MY TWO CENTS One of my favorite things to do in fall is to catch falling leaves before they hit the ground, and for that reason and others leaves to create joy for me every fall. ABOUT THE AUTHOR Emily Brontë is a well known poet and novelist. She wrote under the pen name, Ellis Bell and her most famous work in English literature is Wuthering Heights. FEATURED FLOWER Maple Leaf 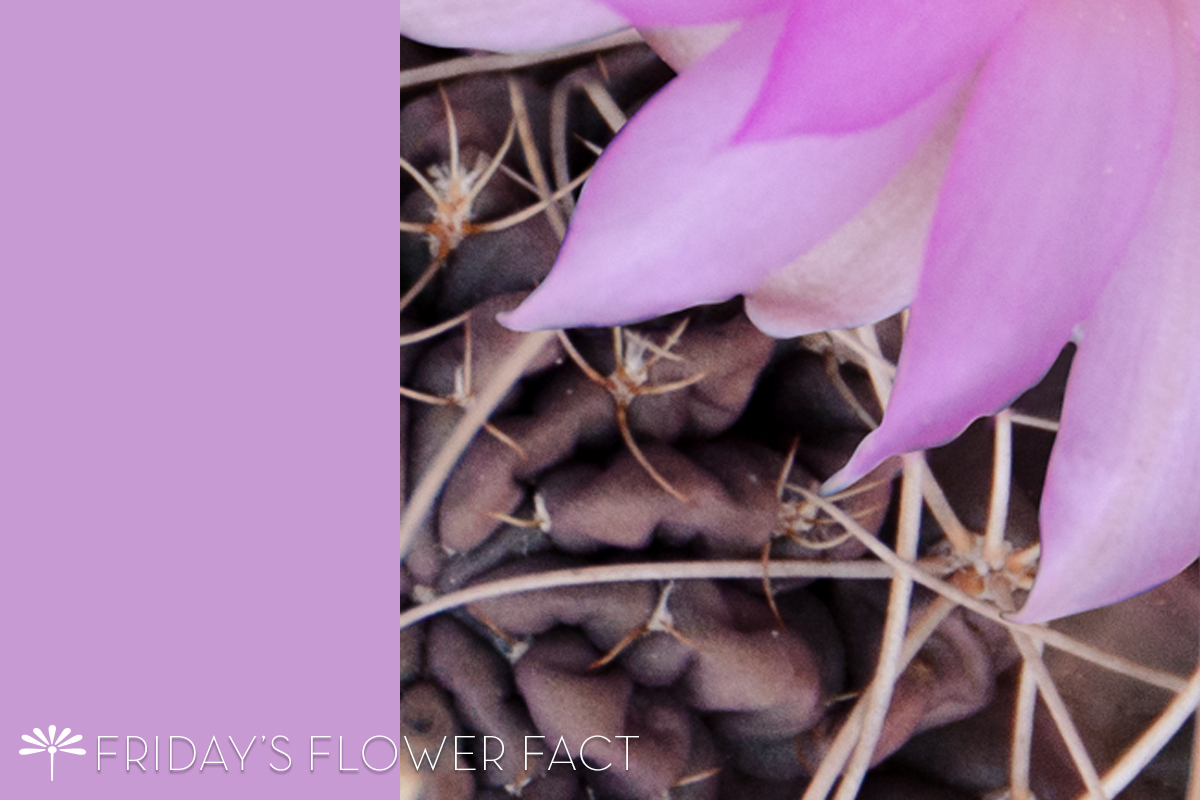 Native to high altitudes, this echinopsis has flowers that are diurnal, as they open during the day and close at night, opposite of those in the same genus from lower altitudes. To learn more about this flower and download it for your desktop, join me on this journey of the discovery and delight of the 400,000+ flowers that petal our world.

Flower Quote: Do Not Judge 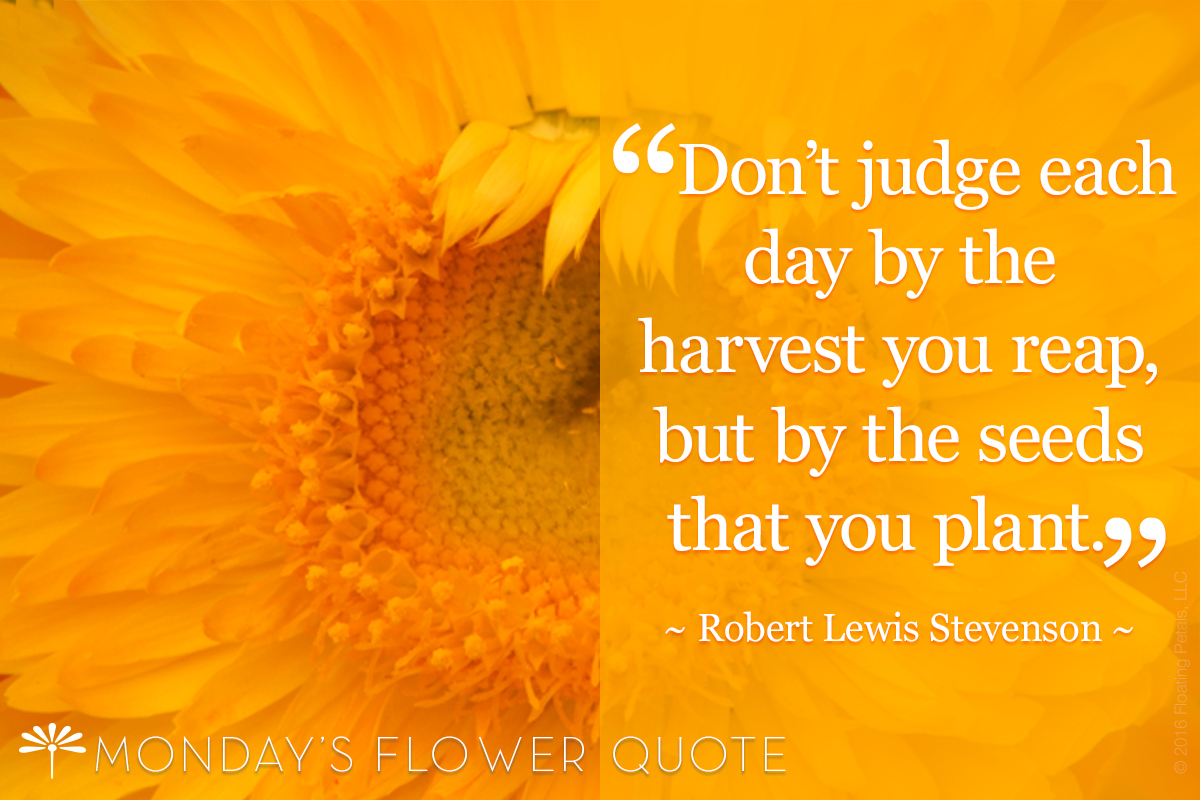 MY TWO CENTS A great truth! The harvest will come as it's ready to be reaped/materialize. It's not something that we can control. ABOUT THE AUTHOR He was a Scottish novelist, essayist, travel writer and poet. Here are some of his most well known works: Treasure Island, Kidnapped, Strange Case of Dr Jekyll and Mr Hyde and A Child's Garden of Verses. FEATURED FLOWER Straw Flower 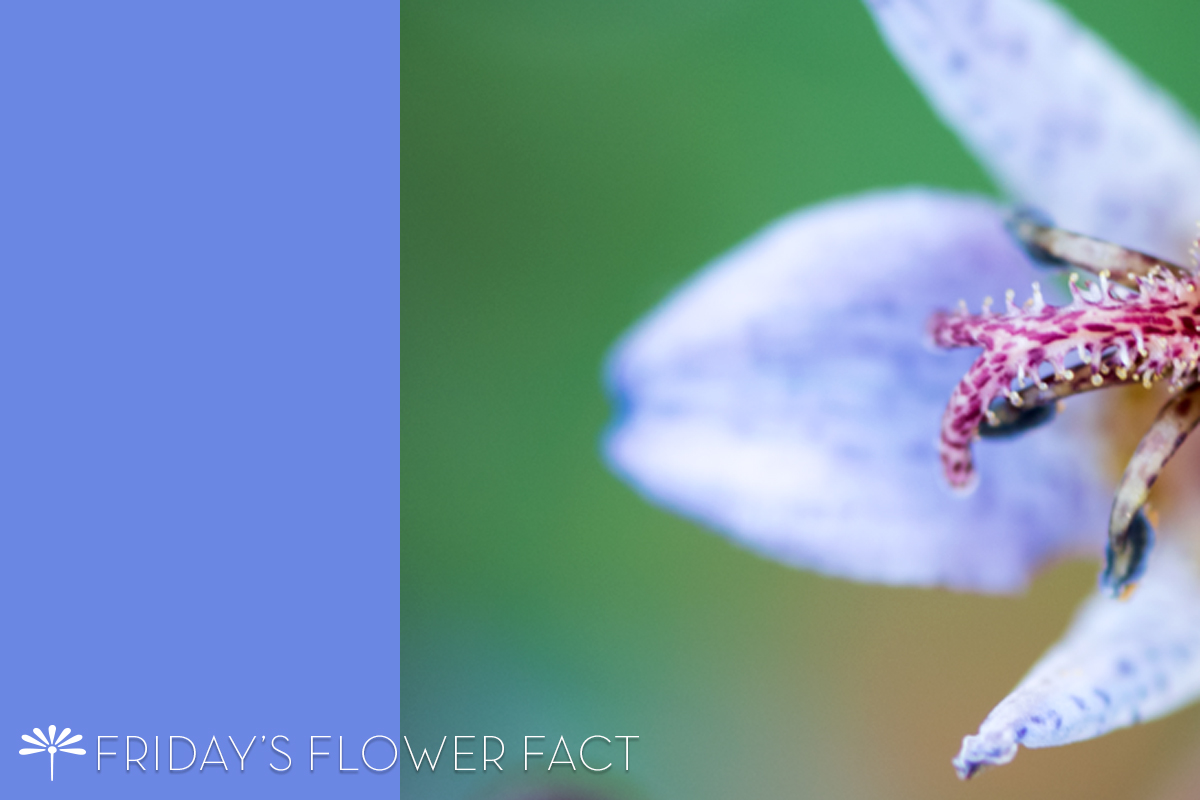 This toad lily is a newly discovered species, named after it’s discoverer in 2007. To learn more about this flower and download it for your desktop, join me on this journey of the discovery and delight of the 400,000+ flowers that petal our world.

Flower Quote: By Prevailing Over 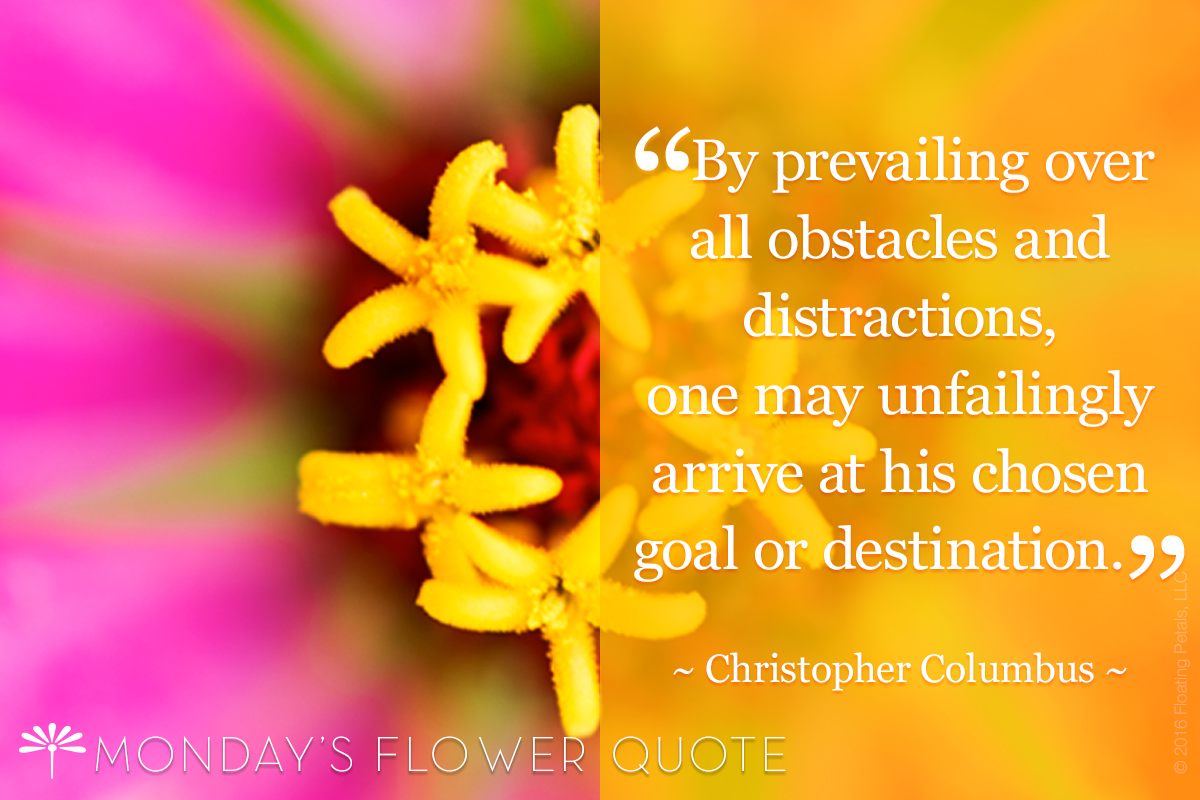 MY TWO CENTS I select each week’s quote because it makes me smile, touches me or encourages me. This one resonates in my heart about my own struggles, failings and fortunately the times I have overcome them. After reflecting, I find myself looking toward the obstacles in front of me, and feel encouraged to work through them to get to my own “America”. ABOUT THE AUTHOR The Vikings were t... 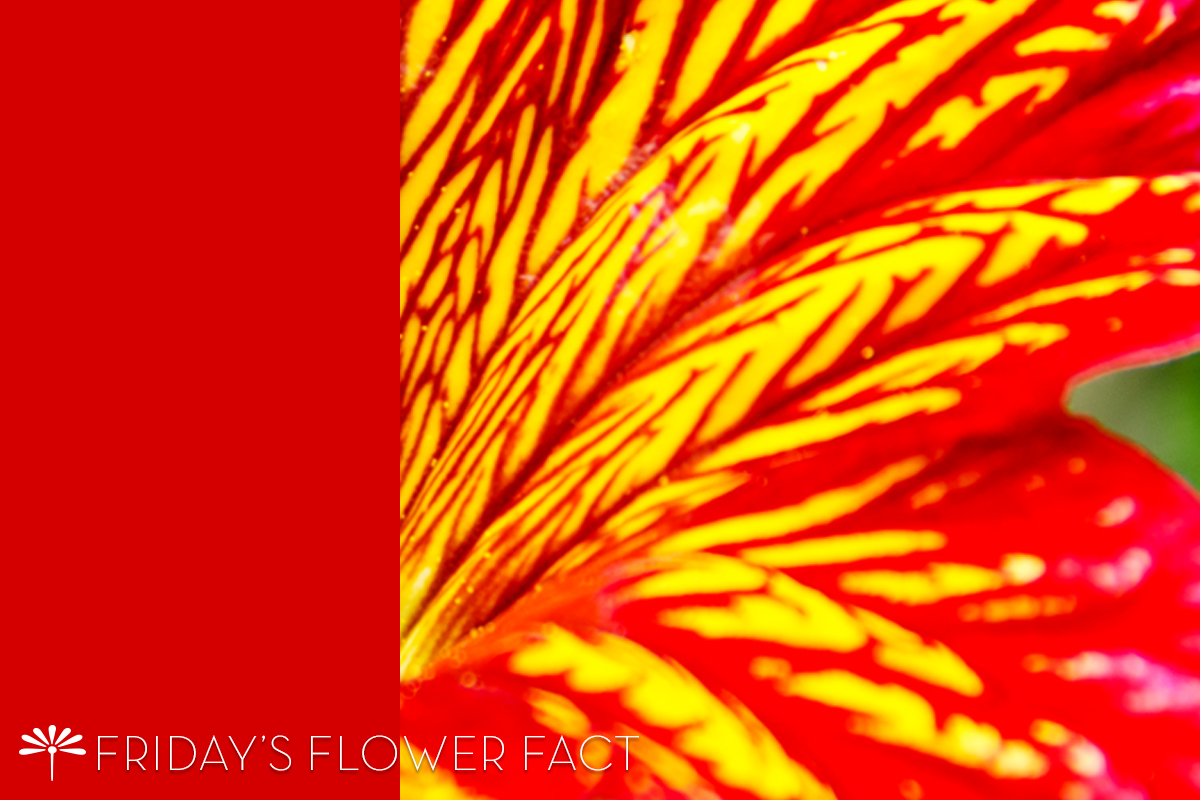 The Velvet Trumpet is excellent to add bright color to gardens or containers in regions with cooler summers. For warmer climates, provide afternoon shade or mulch roots to keep healthy looking plants. To learn more about this flower and download it for your desktop, join me on this journey of the discovery and delight of the 400,000+ flowers that petal our world. 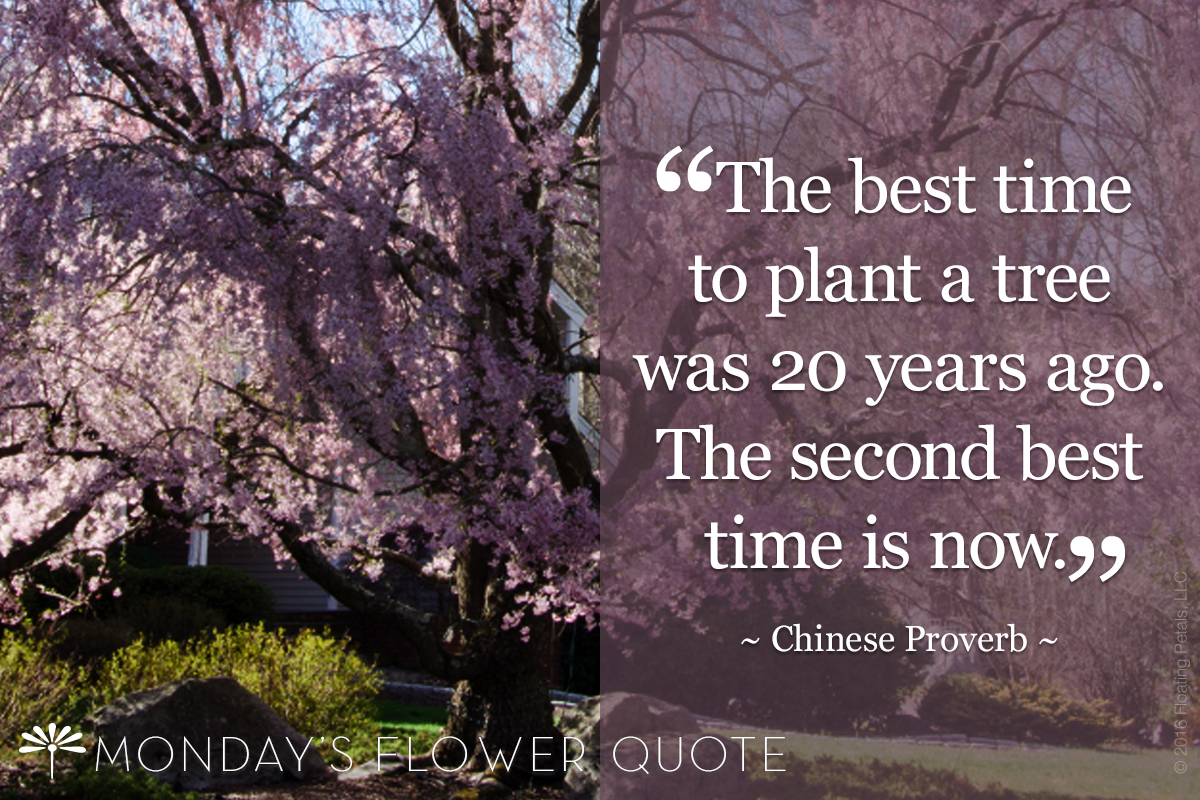 MY TWO CENTS The difference between a proverb and a quote is that any person can be quoted by what they say, and a proverb is a metaphor or a wise truth written in a cryptic way. So, this proverb not only encourages me to plant the Hydrangea tree I have always wanted to plant, but to realize that anything I haven't planted and nurtured but always wanted to can still be done now as it's never too...