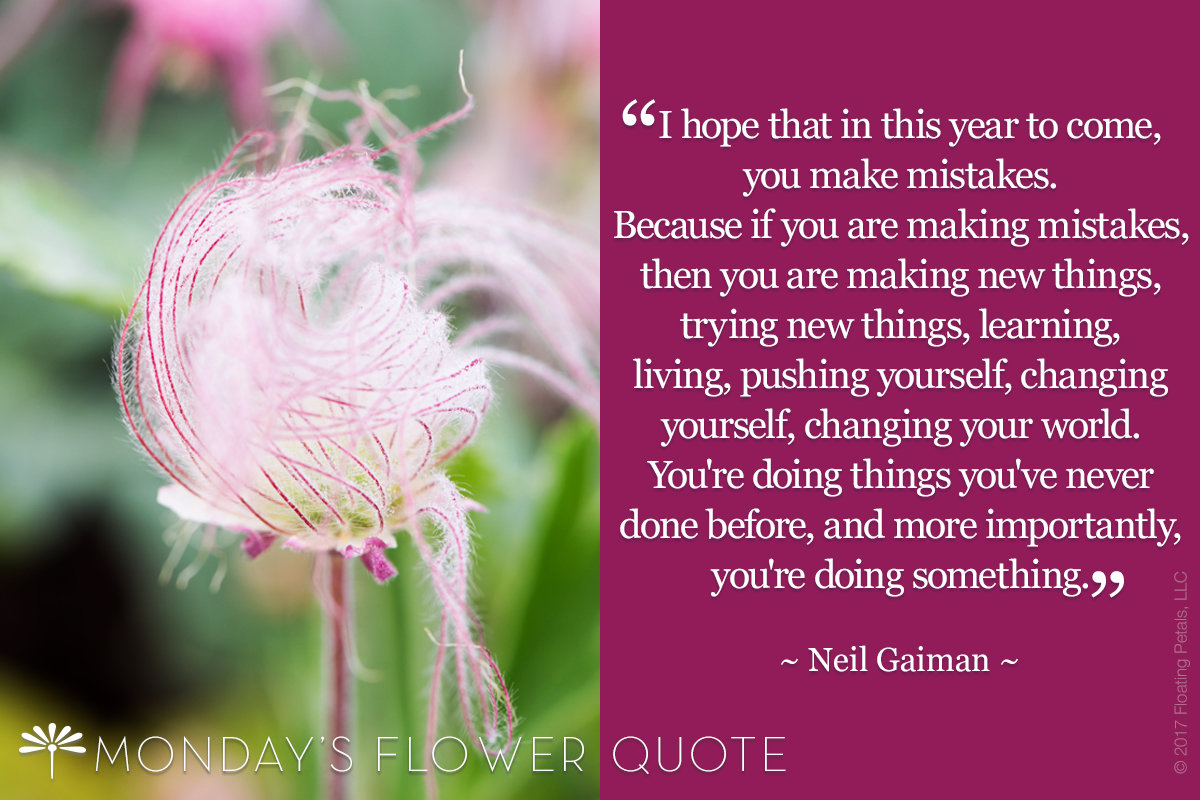 MY TWO CENTS
I hope that in this year to come, you make mistakes. Because if you are making mistakes, then you are making new things, trying new things, learning, living, pushing yourself, changing yourself, changing your world. You’re doing things you’ve never done before, and more importantly, you’re doing something… We are here on this earth for such a short time. What’s it worth if we aren’t living passionately?! And by that I mean trying new things, and maybe failing at times, but if you are passionate you will keep trying. How are you going to start living the new year?

ABOUT THE AUTHOR
Neil Gaiman (November 10, 1960) was born in Portchester, United Kingdom to David Gaiman, owner a number of grocery stores, and Sheila Gaiman, a pharmacist. Gaiman learned to read at the early age of four, and he has said he has always loved to read. Some of his favorite books growing up were The Lord of the Rings, Chronicles of Narnia (a favorite of mine) and Alice in Wonderland along with Batman comics. Knowing the genre of his writing, I would say all of these reads have had a great influence in his books, short stories, comic books, graphic novels, and movies and screenplays. He has won numerous awards and accolades for his writing along with Newberry and Carnegie Medals. Gaiman now lives in the United States to be near his three children from his first marriage. He is now married to Amanda Palmer, a songwriter and singer and has a fourth child with her. Gaiman’s most recent book is Norse Mythology.

I had first heard of Neil Gaiman on Tim Ferriss’s podcast, where either Ferriss or someone he was interviewing recommended this commencement speech by Gaiman at the University of the Arts in 2012, where Gaiman shares the best advice he was given from Steven King. It only takes 20 minutes and is definitely worth a listen.