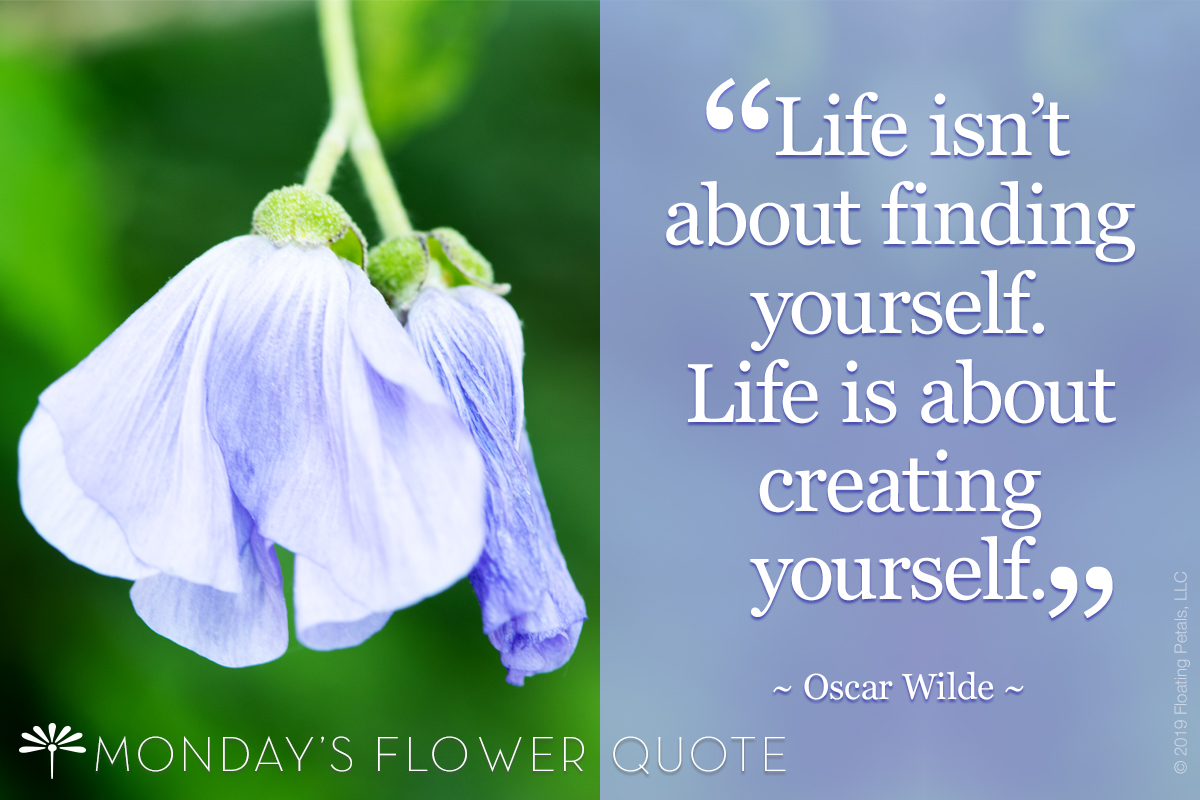 MY TWO CENTS
Life isn’t about finding yourself. Life is about creating yourself… I don’t know about you, but this quote gives me great hope about who I can still become in this life I have yet to live. I look forward to thinking, journaling and exploring on creating the best me I can be. Share with me below: How will you go about creating your best self?

ABOUT THE AUTHOR
Oscar Wilde (October 16, 1854-November 30, 1900) was a playwright, essayist, poet and novelist. He was born in Ireland and attended Trinity College and Oxford. After finishing college, Wilde moved to London where he fit right into the fashionable culture and social status. His life took a turn after he prosecuted his lover’s father. In turn it put Wilde on trial, for which he was imprisoned for hard labor for two years. After his release, he continued to write, but died destitute at an early age.

What I would consider Wilde’s two most famous writings are ‘The Importance of Being Earnest’ and ‘The Picture of Dorian Gray’. The latter of the two is the only novel he ever wrote, and it is known as a classic.

A personal side note: I visited Cong, Ireland much over a year ago where Oscar Wilde was born. It was a very sweet and small town on the West coast of Ireland.