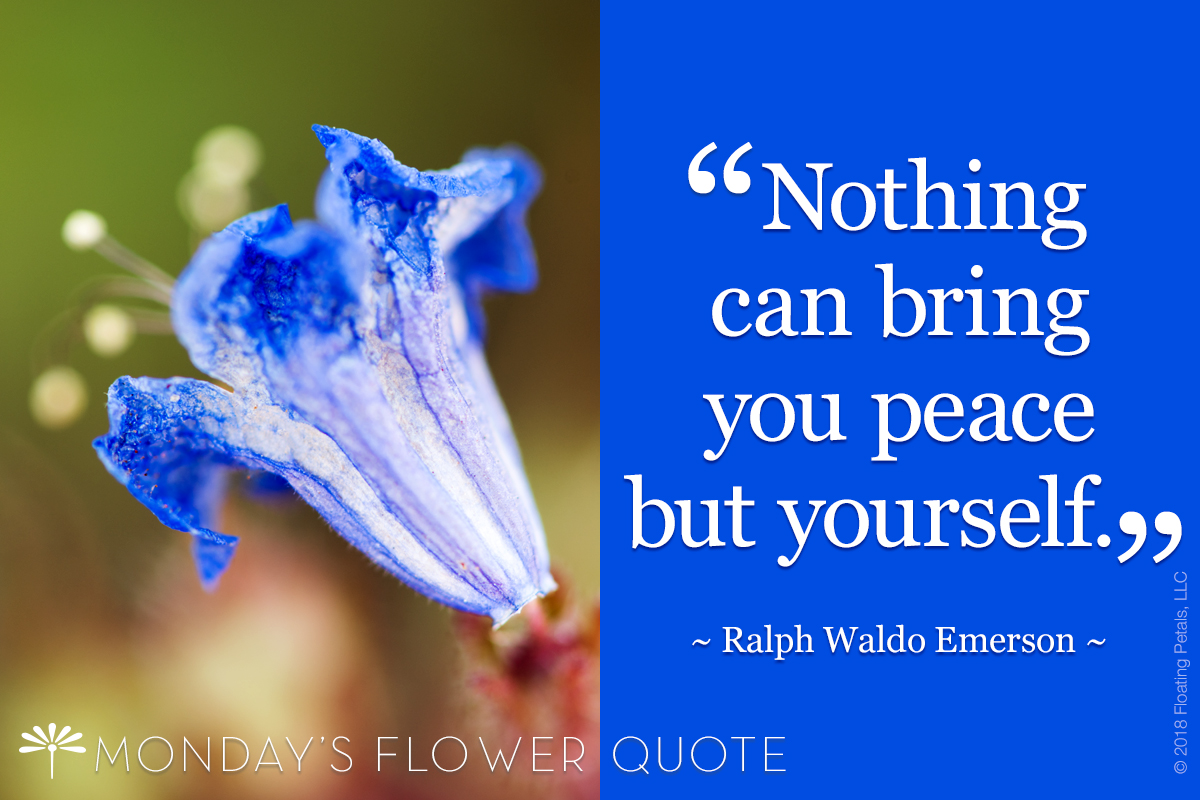 MY TWO CENTS
Nothing can bring you peace but yourself…For me, a poignant quote as I need that gentle reminder that when things are stressful and our of my control, that I am the one in control of my own peace. Through the holidays and the hectic pace of the season, I hope this quote brings you some peace too.

ABOUT THE AUTHOR
Ralph Waldo Emerson (May 25, 1803 – April 27, 1882) was born in Boston, Massachusetts and was the second of five children of who survived to adulthood. His father died of stomach cancer when Emerson was eight years old, which led to his mother and other women of the family raising him and his siblings. Emerson attended Harvard, worked additional jobs to support himself through college and graduated in the middle of his class. His first marriage was to Ellen Louisa Tucker who suffered and died from tuberculosis less than two years after they were married. Emerson then spent time writing, teaching and traveling to Europe. Four years after his first wife’s death, he married Lydia Jackson and they had three children. He was known for his writing as an essayist and poet. Emerson pioneered the art of lecturing, and he spoke on various topics of individuality and freedom and gave over 1,500 lectures, which provided him a good income to support his family. He led the transcendentalist movement and some of his more well-known essays are: Nature, The American Scholar, The Poet and Self-Reliance.

Another favorite quote of mine of Ralph Waldo Emerson is: “One of the most beautiful compensations in life is…”