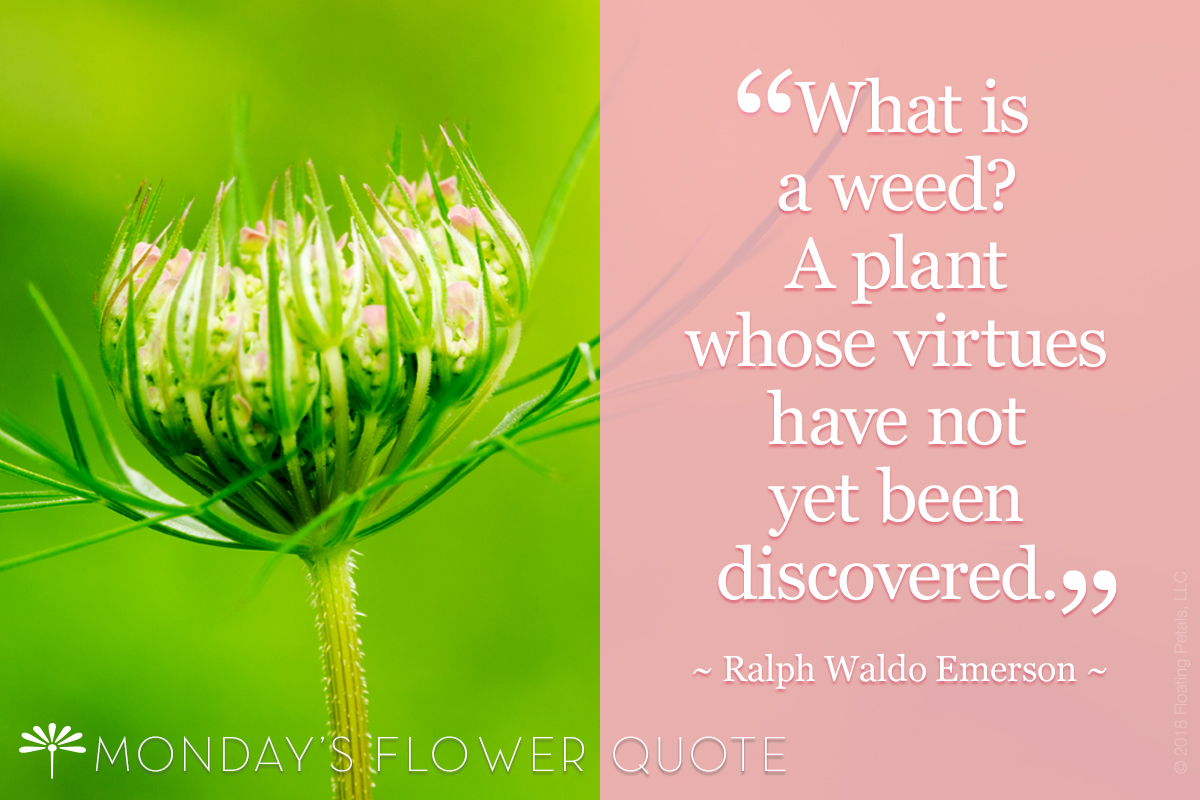 MY TWO CENTS
What is a weed? A plant whose virtues have not yet been discovered… What is your definition of a weed? By calling something a weed, I’m not meaning it disparagingly. For me, it means that I don’t want that particular bloom in my garden. Every flower has a purpose, and that doesn’t mean a weed still isn’t beautiful and creates a sense of awe. Read more on my blooming blog and experience the beauty of some lovely “weeds”.

ABOUT THE AUTHOR
Ralph Waldo Emerson (May 25, 1803 – April 27, 1882) was born in Boston, Massachusetts and was the second of five children of who survived to adulthood. His father died of stomach cancer when Emerson was eight years old, which led to his mother and other women of the family raising him and his siblings. Emerson attended Harvard, worked additional jobs to support himself through college and graduated in the middle of his class. His first marriage was to Ellen Louisa Tucker who suffered and died from tuberculosis less than two years after they were married. Emerson then spent time writing, teaching and traveling to Europe. Four years after his first wife’s death, he married Lydia Jackson and they had three children. He was known for his writing as an essayist and poet. Emerson pioneered the art of lecturing, and he spoke on various topics of individuality and freedom and gave over 1,500 lectures, which provided him a good income to support his family. He led the transcendentalist movement and some of his more well known essays are: Nature, The American Scholar, The Poet and Self-Reliance.