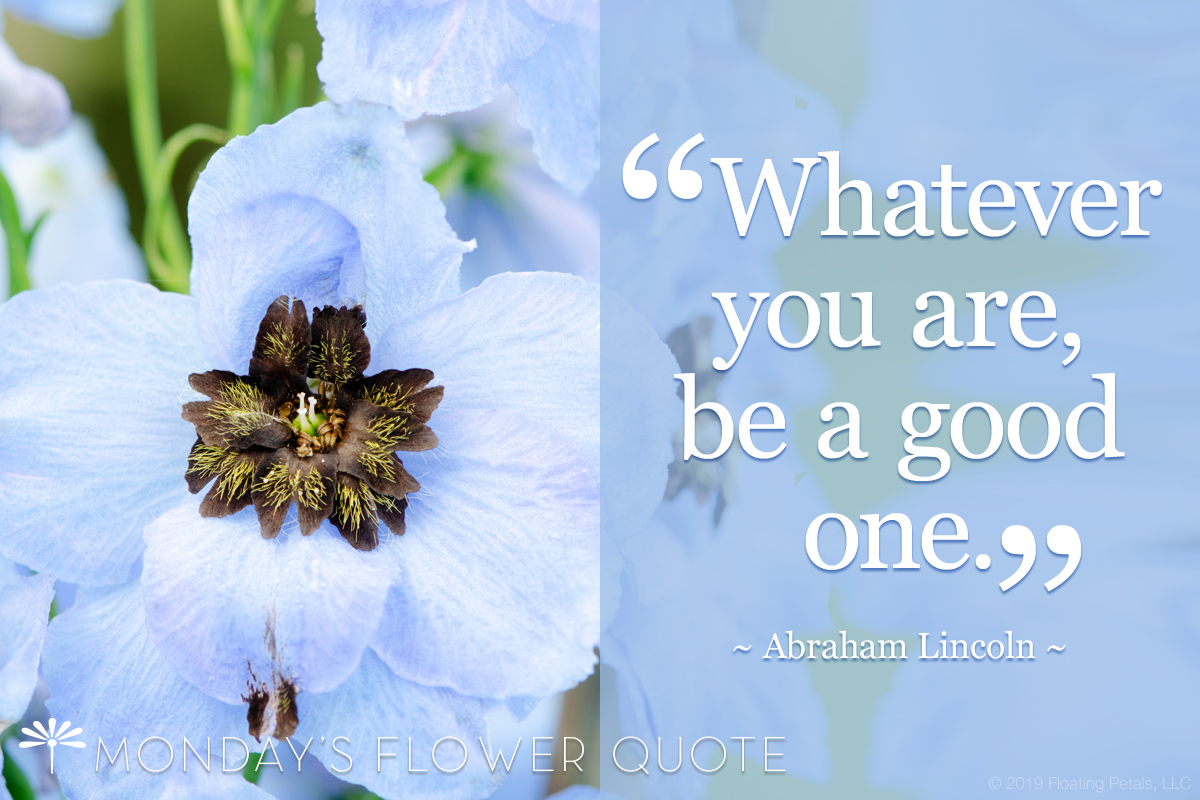 MY TWO CENTS
Whatever you are, be a good one… I’m one to want to do everything as there are so many wonderful and exciting things to do in this world. That then does not allow me to always be good at whatever I am doing, but it’s something I have been focusing on. With the inspiration of Lincoln’s quote and learning from Greg McKeown’s book ‘Essentialism’, I’m working on being good at those things that are most essential and important to me.

Share with me below: What are you, or what do you want to be, “a good one” at?

ABOUT THE AUTHOR
Abraham Lincoln (February 12, 1809 – April 15, 1865) was the 16th President of the United States of America. He grew up in Kentucky, and from my reading in elementary school, he was a veracious reader and often was found reading by candlelight. Lincoln was primarily self-taught, became a lawyer in Illinois and was elected to the Illinois House of Representatives and then to the United States House of Representatives. During his tenure, Lincoln was at the forefront of modernization with banks, tariffs and railroads. When he was elected as President, seven southern slave states left the Union and became the Confederate States of America, which was the catalyst of the Civil War. President Lincoln was closely involved with the war as he also continued to work on ending slavery in the United States. Lincoln was assassinated on April 14, 1864 by John Wilkes Booth; a man, and a president, who died too early.

Abraham Lincoln was and is an inspiration to me, and I enjoyed coming across this quote of his recently as I hope it will help me to continue on my journey of paring down and being “a good one.”