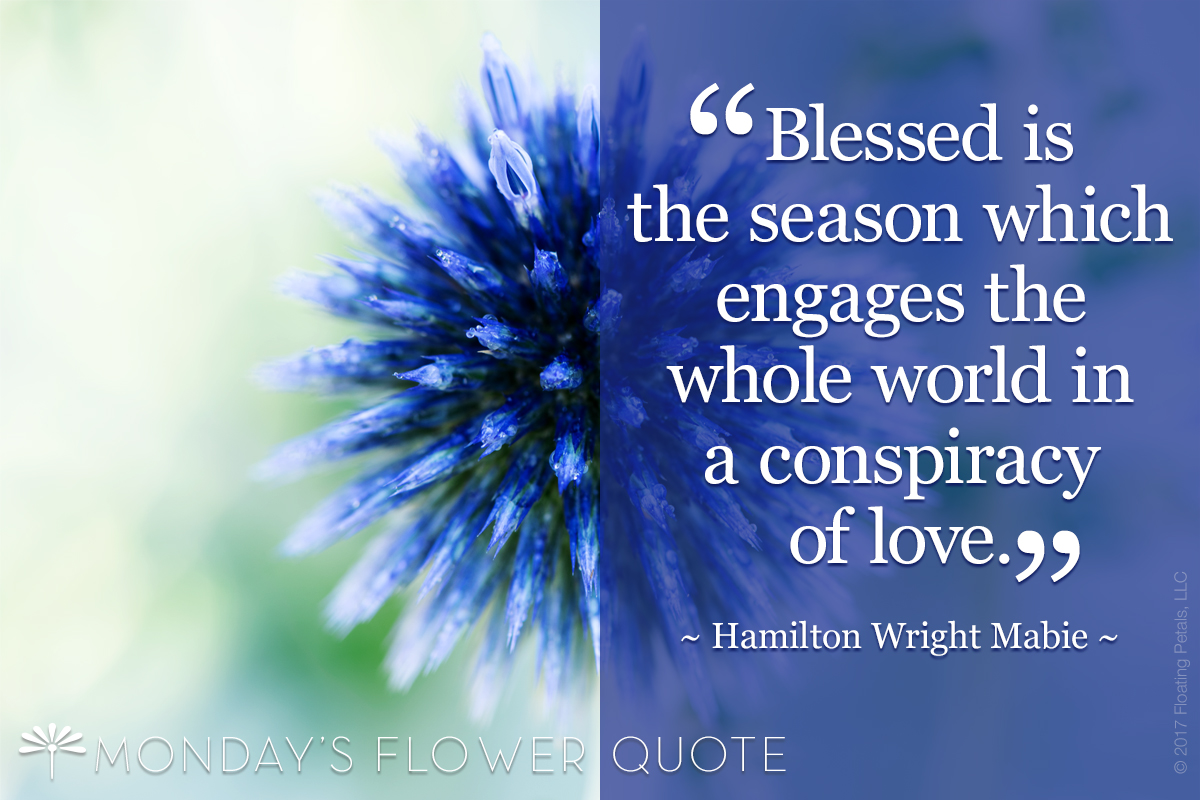 MY TWO CENTS
Blessed is the season which engages the whole world in a conspiracy of love… This is one of Hamilton Mabie’s best known quotes, and I can see why. It is an uplifting and optimistic quote, that we could all find it in our hearts and souls to engage as a whole world to promote this wonderful conspiracy of love; to be the best we all can be and to create a world where we can all live peacefully with each other.

ABOUT THE AUTHOR
Hamilton Wright Mabie (December 13, 1846-December 31, 1916) was the son of Sarah Colwell Mabie, who was of Scottish-English descent and from a wealthy family and Levi Jeremiah Mabie, who was of Scottish-Danish descent. He was born in Cold Springs (Buffalo), NY where his parents had moved from New Amsterdam, New Netherland for a business opportunity along the Erie Canal. In high school, Mabie took his college entrance exams early, but delayed entering William College for a year. He attended Williams and then went onto Columbia Law School in 1869 and passed his bar exams. Oddly enough though, he did not like to study or practice law. In 1879, he was hired to work at the Christian Union and became an associate editor there over time. ‘In 1890, a small collection of Mabie’s essays which reflected upon life, literature and nature were published as a volume entitled My Study Fire. Many of Mabie’s books are available at Project Gutenberg.'(1) Mabie lived in Summit, NJ with his wife Jeanette Trivett, who he married in 1876.