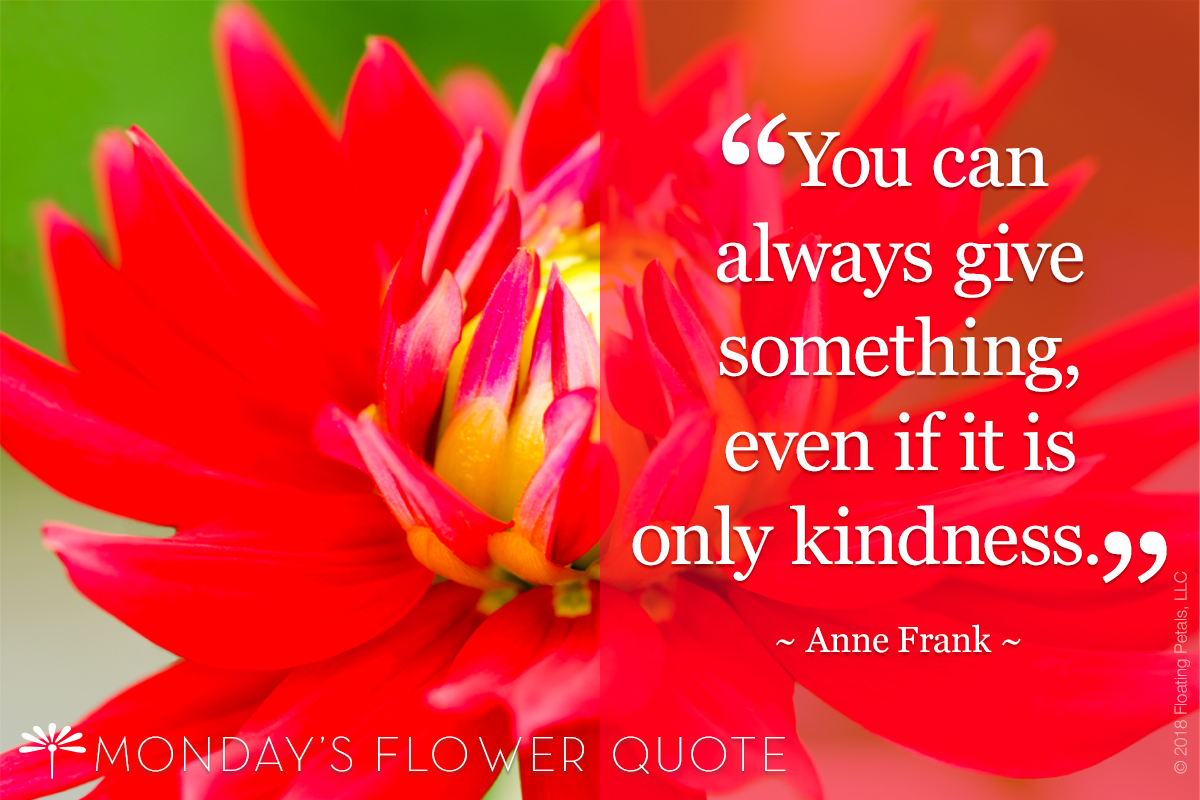 MY TWO CENTS
You can always give something, even if it is only kindness… What better gift to give than kindness. Something that we can all afford, and it not only brings joy to others, but in return brings joy back to you.

ABOUT THE AUTHOR
Annelies Marie Frank (June 12 1929 – February or March 1945), or better known to most of us as Anne Frank, was the author of this quote. She was born in Frankfort, Germany. At the age of four and a half, when the Nazis gained control of Germany, she and her family moved to Amsterdam, Netherlands. Then when the Nazis took occupation of the Netherlands, Anne and her family hid in concealed bookcases in the building of her father’s work. Anne had been given a diary, which was actually an autograph book with a lock, where she journaled about the experience. Anne Frank and her family were found by the Gestapo in 1944 and sent off to concentration camps. Anne and her sister Margot were sent to Auschwitz and then to Bergen-Belsen where they died, most likely of typhus, in 1945. Her father was the only survivor of the family from the concentration camps. He returned to Amsterdam and found Anne’s diary that was kept by his secretary, Miep Gies. He worked to get her diary published, originally in Dutch. In 1952, it was published in English as ‘The Diary of a Young Girl’. The diary has been translated into over 60 languages and has had over 30 million copies sold.