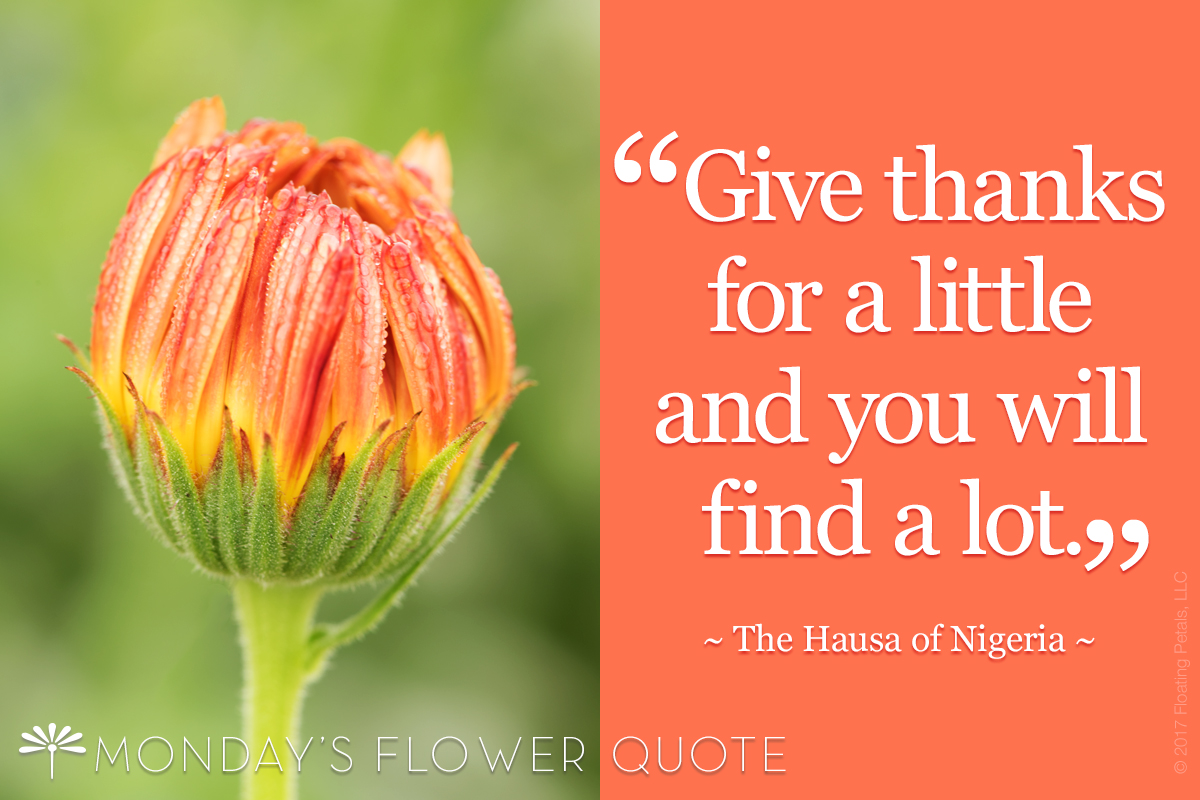 MY TWO CENTS
Give thanks for a little and you will find a lot… As mentioned below in ‘about the author,’ this quote was not written by one person, but credit is given to the Hausa people. I took it to be a general belief of the Hausa people, and one that speaks a very positive and appreciative tone. I think we would all be a lot happier if we did take the time to give thanks and in turn we would all be more appreciative of all that we have in our lives and see things in a much more positive light.

ABOUT THE AUTHOR
Typically, I think of a quote as created by one person, but from my google search of this quote, it was not written by a specific person but by the people of ‘The Hausa of Nigeria.’ After reading this quote and learning about the Hausa people, it seems to me that this is a general thought/belief of theirs. They primarily reside in Nigeria and Niger, but are in other areas of West Africa, too. Over 25 million people speak Hausa and over 50 million use it as a secondary language. It’s the primary language taught in elementary schools in West Africa along with others learning this language in universities for masters or PhD studies in Nigeria, US, UK and Germany. Most Hausa people live in small villages and are known for growing crops and raising livestock. They also engage in trade as part of their livelihood. The Hausa people are predominately Sunni Islam in their belief system (1).

Share with me below: What you are giving thanks for today?