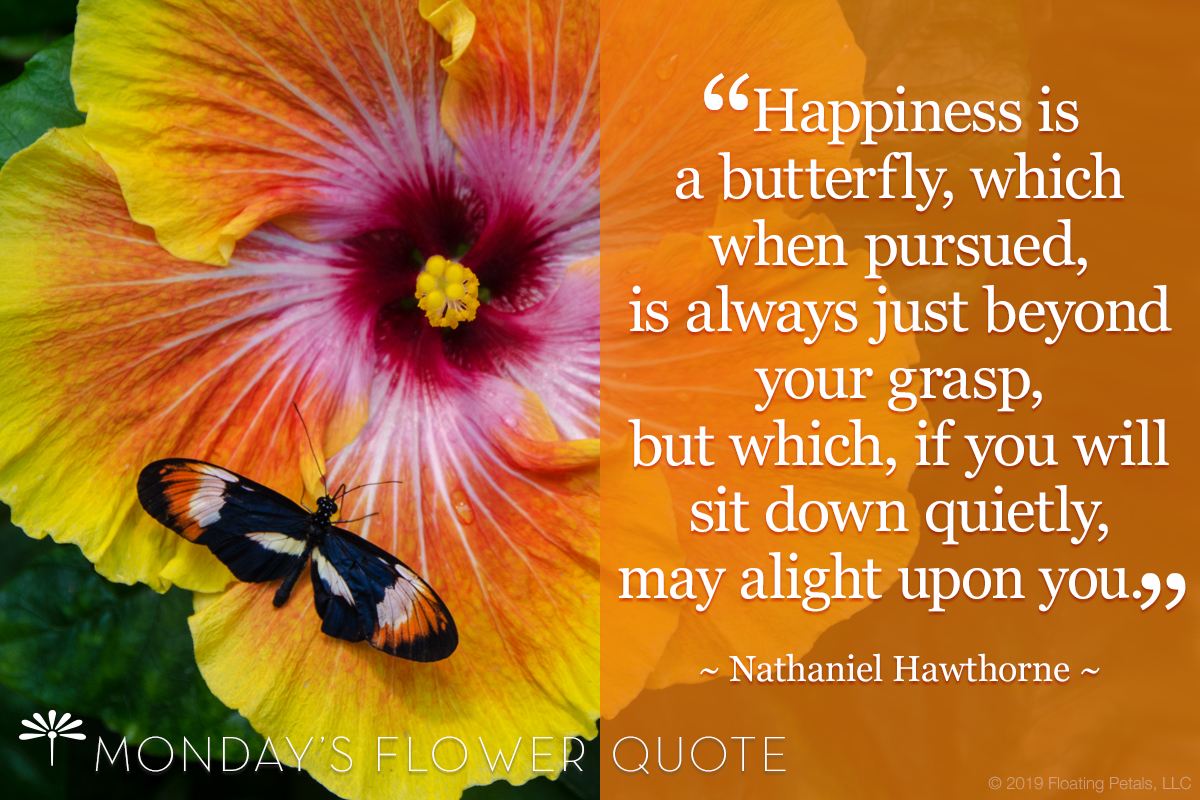 MY TWO CENTS
Happiness is a butterfly, which when pursued, is always just beyond your grasp, but which, if you will sit down quietly, may alight upon you… Ah, to sit quietly and be patient… that is a challenge, at least I know it is for me. Yet, to have a butterfly come to ‘alight upon me’ would be worth the wait.

Hawthorne was born in 1804 in Salem, Massachusetts, to Nathaniel Hathorne and the former Elizabeth Clarke Manning. He entered Bowdoin College in 1821 and graduated in 1825. Hawthorne published his first work in 1828, the novel Fanshawe. He published several short stories in periodicals, which he collected in 1837 as Twice-Told Tales. The next year, he became engaged to Sophia Peabody and they married in 1842. The couple moved to The Old Manse in Concord, Massachusetts, later moving to Salem, the Berkshires, then to The Wayside in Concord. The Scarlet Letter was published in 1850, followed by a succession of other novels. A political appointment as consul took Hawthorne and family to Europe before their return to Concord in 1860. Hawthorne died on May 19, 1864, and was survived by his wife and their three children.

Much of Hawthorne’s writing centers on New England; many works featuring moral metaphors with an anti-Puritan inspiration. His fiction works are considered part of the Romantic movement and, more specifically, dark romanticism.