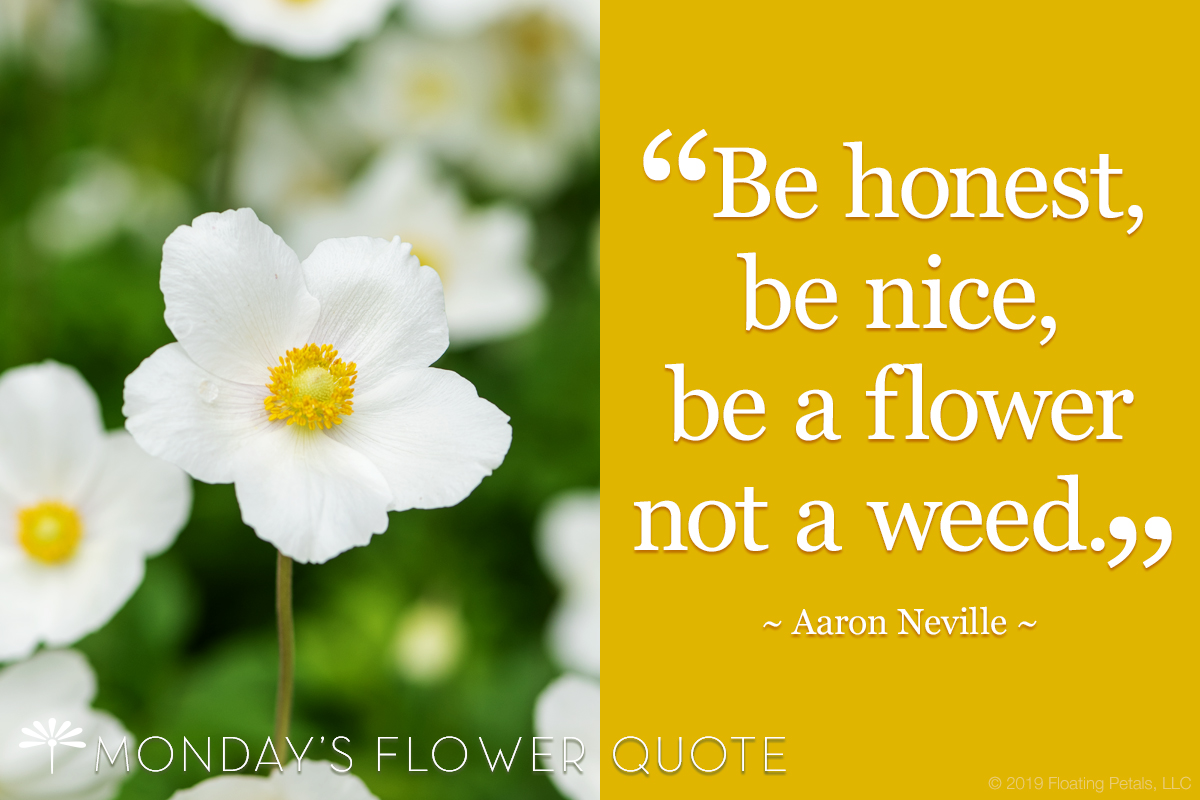 MY TWO CENTS
Be honest, be nice, be a flower not a weed… I love how simple and straight forward Aaron Neville’s quote is. Be honest in all you do, be nice to all who you interact with and be a flower: resilient, strong, and radiating joy and beauty.

ABOUT THE AUTHOR
Aaron Joseph Neville (born January 24, 1941) is an American R&B and soul vocalist and musician. He has had four platinum albums and four Top 10 hits in the United States, including three that went to #1 on Billboard’s Adult Contemporary chart. His debut single, from 1966, was #1 on the Soul chart for five weeks.

Neville has also recorded with his brothers Art, Charles and Cyril as The Neville Brothers and is the father of singer/keyboards player Ivan Neville. Neville is of mixed African-American, Caucasian, and Native American (Choctaw) heritage.[1]