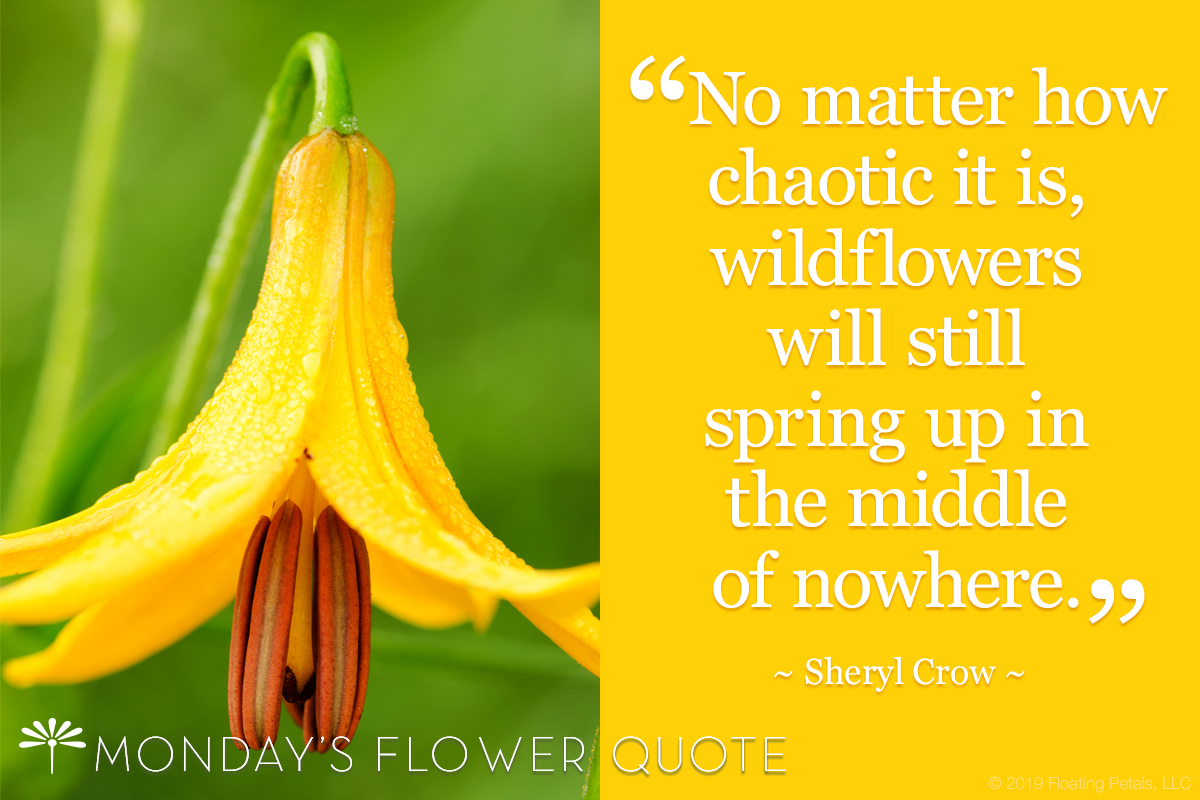 MY TWO CENTS
No matter how chaotic it is, wildflowers will still spring up in the middle of nowhere… Life often feels chaotic to me. Sheryl Crow’s quote, though, calms my mind and spirit, knowing that moments and lovely flowers will pop up in the least expected ways. It reminds me that there is so much more to life than getting caught up in the chaos of it.

ABOUT THE AUTHOR
Sheryl Crow is a favorite vocal artist of mine, as she is a soulful writer and singer. Sheryl Crow (born February 11, 1962) is an American musician, singer, songwriter, and actress. Her music incorporates elements of pop, rock, country, jazz, and blues. She has released ten studio albums, four compilations, two live albums, and has contributed to a number of film soundtracks. Her songs include “All I Wanna Do”, “If It Makes You Happy”, “My Favorite Mistake” and the theme song for the 1997 James Bond film Tomorrow Never Dies. She has sold more than 50 million albums worldwide. Crow has garnered nine Grammy Awards (out of 32 nominations) from the National Academy of Recording Arts and Sciences [1].