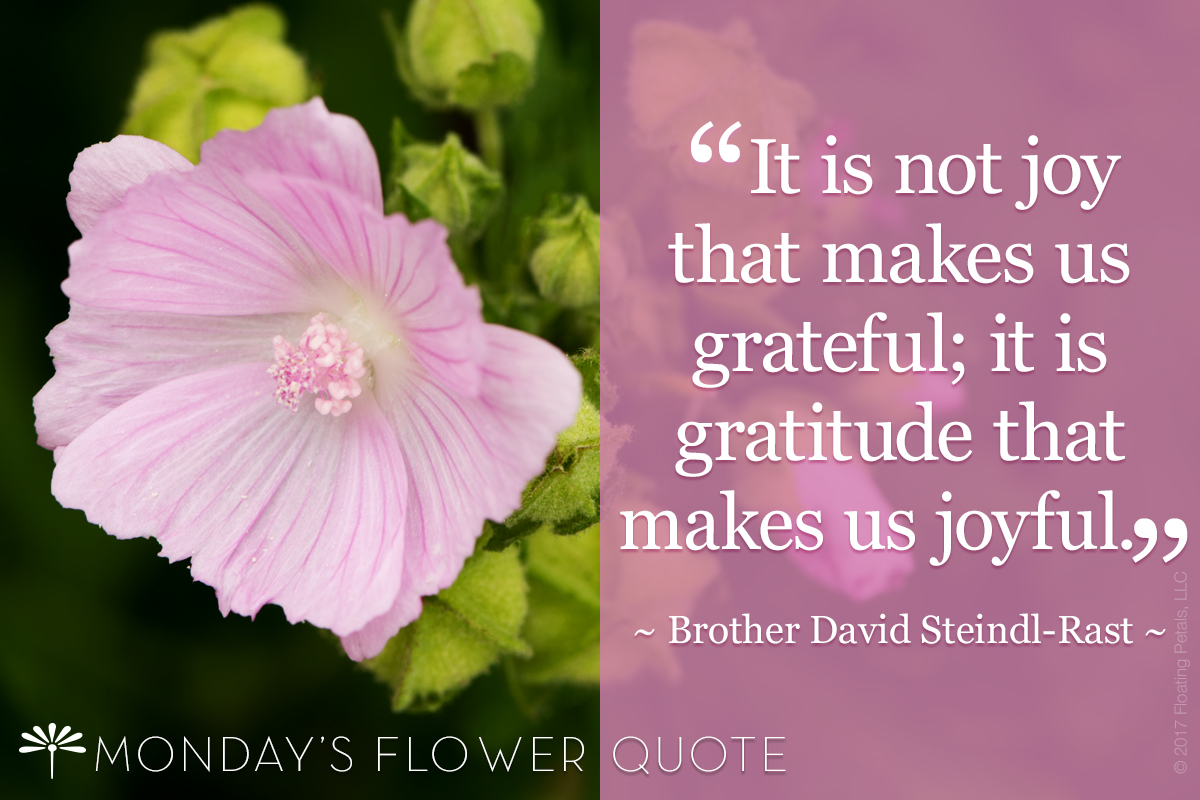 MY TWO CENTS
It is not joy that makes us grateful; it is gratitude that makes us joyful… Happiness should not depend on what has happened but on taking in every moment and being grateful. I rephrased that last sentence from Brother David Steindl-Rast words. Recently, I have been writing down everyday to remind myself to find joyful moments, but after reading his quote and hearing his TED talk, I guess I have been looking at it the wrong way. I should be grateful and in that, I will experience joy. I’m surprised that gratitude and joy do not come more easily, but truly anything in life that is worthwhile takes effort.

ABOUT THE AUTHOR
David Steindl-Rast (July 12, 1926) was born in Austria. His parents separated when he was young. He lived with his father while his two younger brothers moved away with his mother. His father sent him off to boarding school where he was very unhappy, and his mother found out and kidnapped him. He lived during the reign of Hitler, and he obtained his Masters and PhD while still Austria. Steindl-Rast came to live in the United States in 1952 and became a monk at Mt. Savior Monastery in 1953, which is a Benedictine monastery where he became Brother David. Through the monastery he was sent to teach others and during this time he learned about the Zen Buddhist and found that some of their teachings were similar to St. Benedict’s. He then became fascinated and involved with interfaith religion. He has written many books about prayer, gratitude and spiritual practices including: Gratefulness: The Heart of Prayer, The Music of Silence, Words of Common Sense and Belonging to the Universe. He has lived for many years now as a hermit for half the year, and he travels throughout the world and teaches for the other half of the year. Brother David is co-founder of A Network for Grateful Living; a website worth checking out.

Do you look for joy or are you grateful? Do you agree that being grateful first brings joy? Please share your comments below.