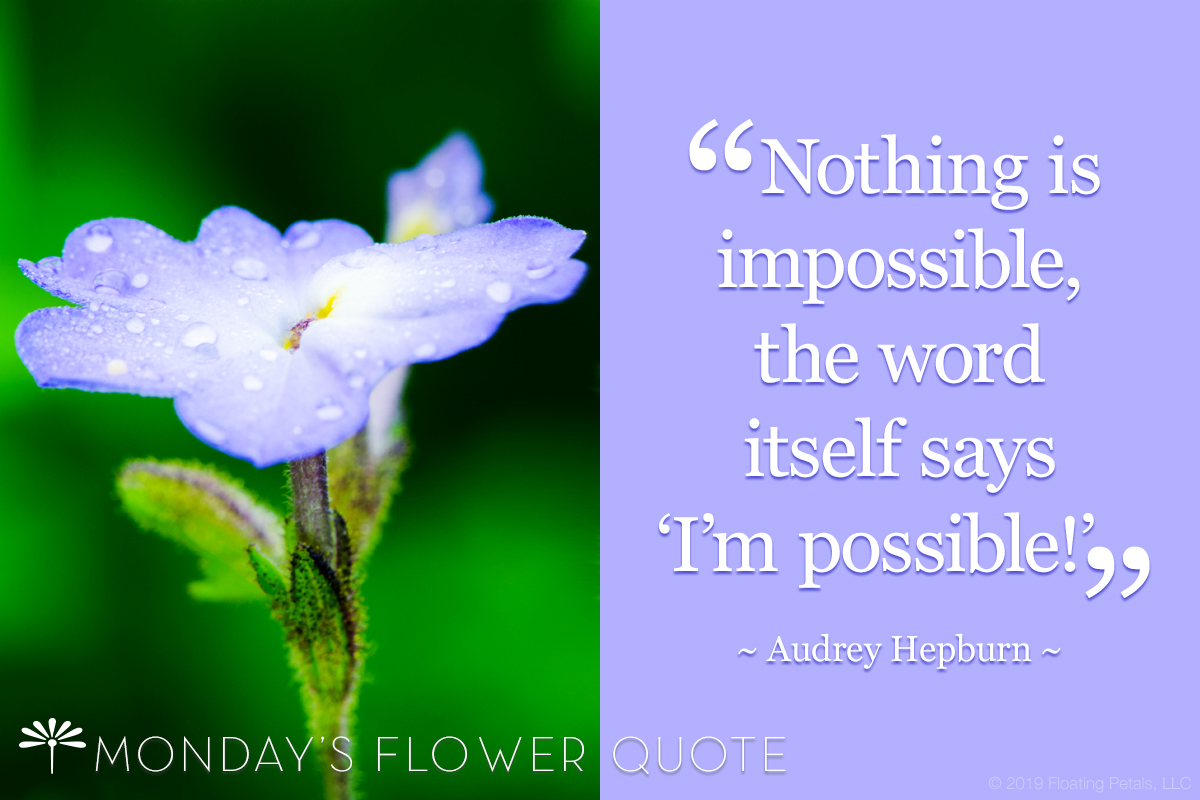 MY TWO CENTS
Nothing is impossible, the word itself says ‘I’m possible!’… Audrey Hepburn took the time to reframe something negative into something positive. Often it’s worth the effort to reframe a negative moment, and to see it in a more positive light, as it’s probably not as bad as it once was thought of or viewed.

ABOUT THE AUTHOR
Audrey Hepburn (May 4, 1929 – January 20, 1993) was a most iconic actress and beloved person. She was the epitome of elegance and grace. Audrey Hepburn was born in Ixelles, Brussels and, while growing up, spent time in England, Brussels and the Netherlands. She studied ballet and was a chorus girl for a musical theater production. Her first major role was on Broadway as Gigi. Hepburn had the leading role in Roman Holiday and her success continued from there with roles in The Nun’s Story, Charade, My Fair Lady and who doesn’t know her from Breakfast at Tiffany’s. She was also a great humanitarian and devoted much of her later life to UNICEF, working in some of the poorest communities of South America, Africa and Asia. Hepburn was awarded the Presidential Medal of Freedom for her work with UNICEF. She received many awards and recognition for her acting career and remains one of only 15 to people to have won Academy, Emmy, Grammy, and Tony Awards. She died at an early age of 63 of appendiceal cancer in her Switzerland home.[1]

2 thoughts on “FLOWER QUOTE: NOTHING IS IMPOSSIBLE”