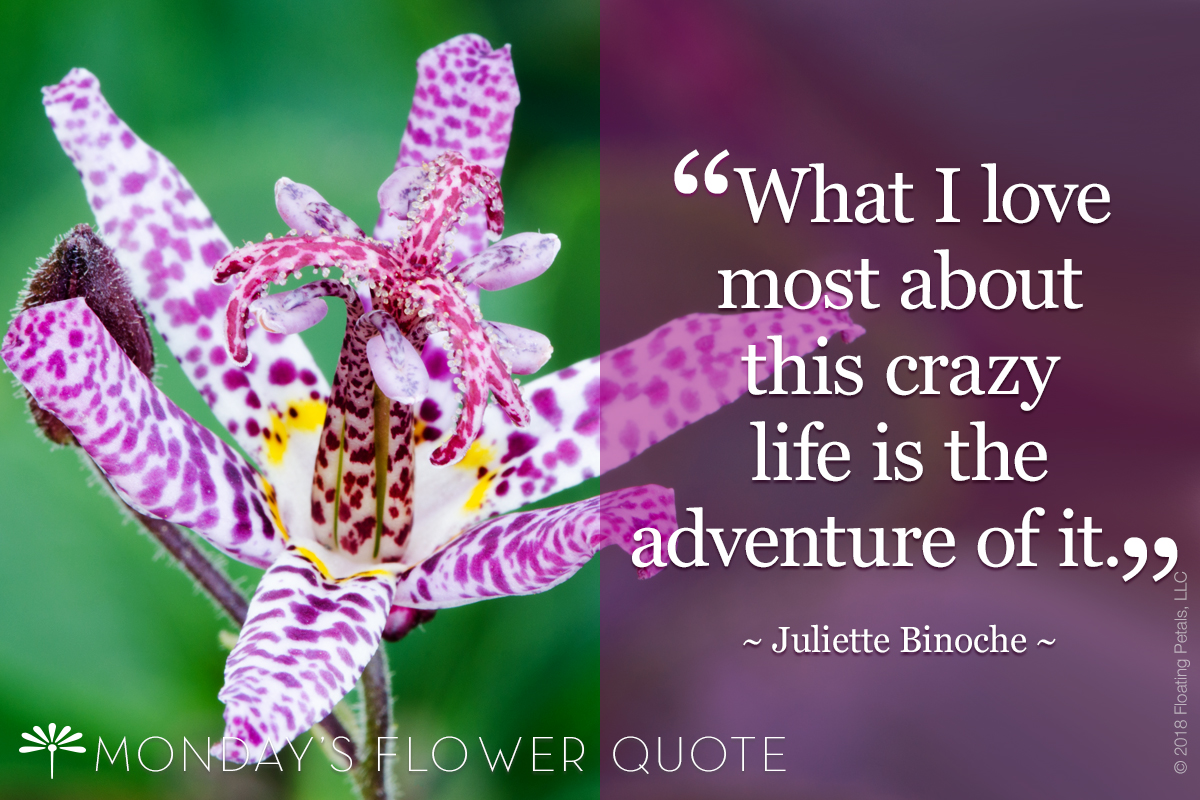 MY TWO CENTS
What I love most about this crazy life is the adventure of it… I love adventure and at the same time, I know I don’t have enough of it in my life. Sometimes it’s lack of time, other times it’s lack of effort. And then there is the ease of living vicariously through the lens of others through social media, and let’s face it – that is not true adventure.

Adventure doesn’t mean it needs to cost a lot of money. Instead, it means finding things outside of your comfort zone to experience life. I posted recently on My Blooming Blog about a very special adventure I had ‘In the Midst of the Fog.’ I know I need adventure in my life, whether it’s as simple as finding something different to do in my current surroundings, physically challenging myself or findings way to step outside my comfort zone… Either way, adventure and experiencing life is right outside your door. Let’s get out there and enjoy it!

ABOUT THE AUTHOR
Juliette Binoche (b. March 9, 1964) was born in Paris, France. Both of her parents were actors and there was a history of acting in her family. Binoche’s parents divorced in 1968, and she and her sister were sent to provincial boarding school. At times, the two young girls would not see either parent for months at a time. Binoche started acting at an early age. She continued with acting and has a been in over 60 featured films such as Chocolat and The English Patient. She has also spent time on the stage and television and has won numerous awards for her work. Binoche has two children: a son Raphaël and a daughter Hana. One of her charitable involvements has been with the Enfants d’Asie, a French Cambodian charity, of which she is a godmother to five children.