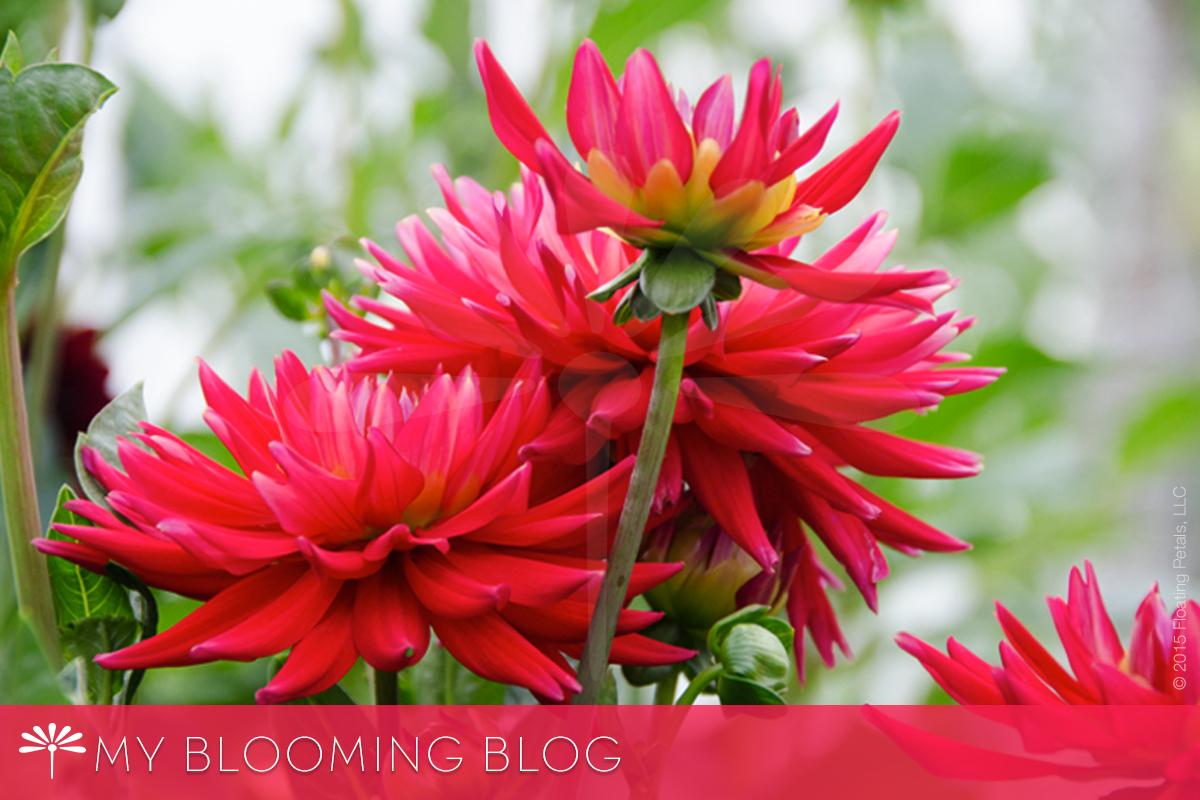 While walking through The RHS (Royal Horticultural Society) Chelsea Flower Show, I definitely felt a sense of joy as there was so much beauty and creativity. I was also amazed how each single exhibit was designed, curated and executed. I would imagine plans started at the end of the 2014 show and a year later physically brought together in less than a week to look so natural.

Today I will share some of the Show Gardens, Fresh Gardens and Artisan Gardens, which reside around the Great Pavilion and next week we will peek into the pavilion for its exhibits: plant societies, florists, nurseries along with fabulous floral displays from around the world. 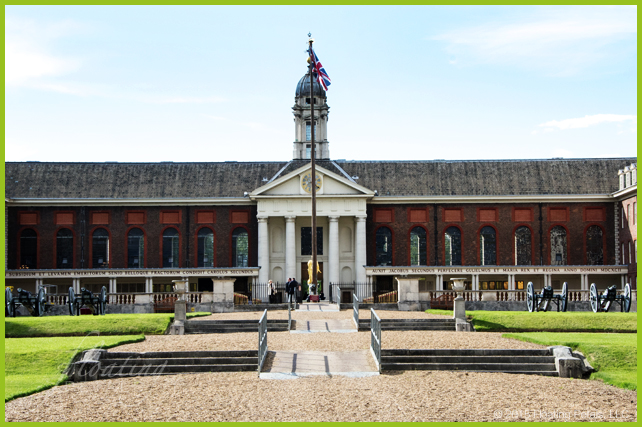 The RHS (Royal Horticultural Society) Chelsea Flower Show takes place outside of the Royal Hospital in Chelsea in London. An immaculate setting with the British flag flying overhead. 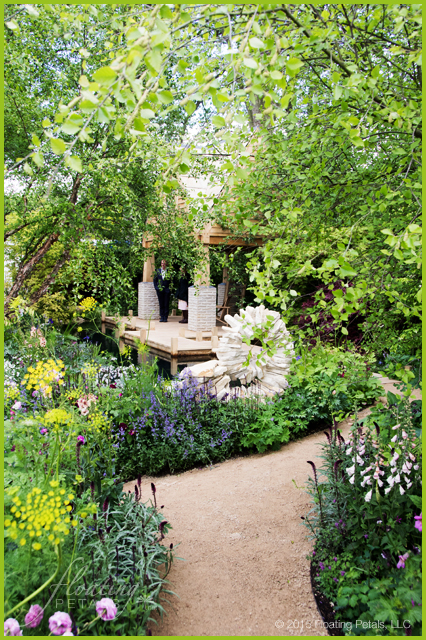 The first of the show gardens; the Retreat is a two story oak building seen in the background and was inspired by writer’s retreats. Who wouldn’t want to become a writer to enjoy this lush garden. 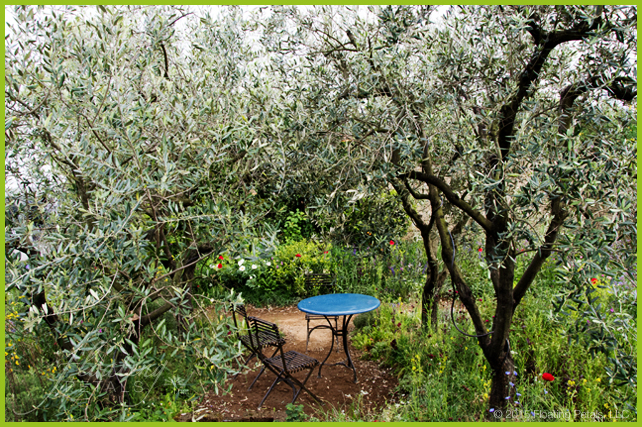 The Perfumer’s Garden in Grasse. A place where flowers used to abound that helped to create perfumes, though over time it has become neglected and overgrown. L’Occitane is now involved in the revitalization of Grasse. 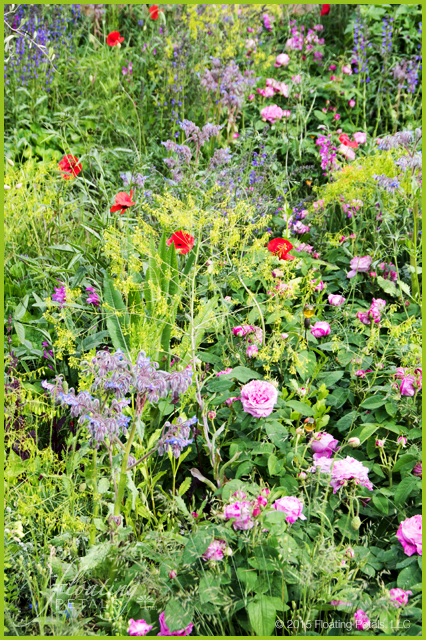 A close up of the flowers being cultivated and grown in Grasse. Amazing how natural these look when they were only planted less than a week prior! 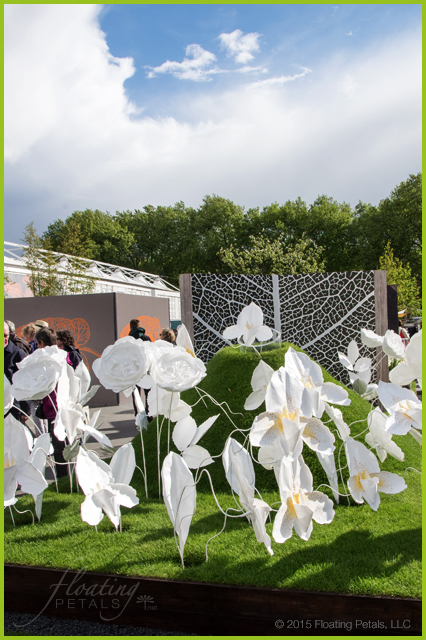 Harrods flowers and science display, showing how the two work together to create some of the aromatic perfumes that Harrods sells. 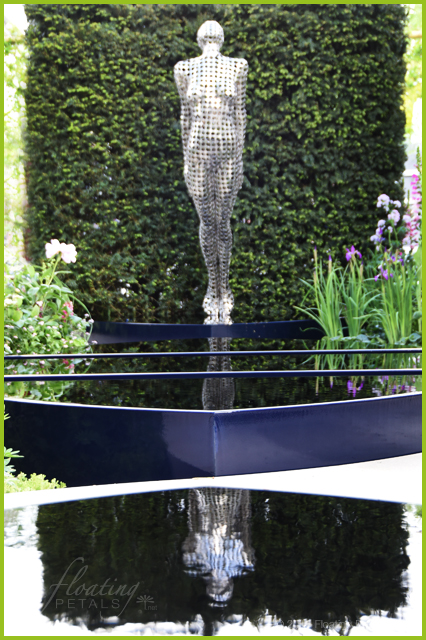 The ‘Fresh Garden’ exhibits focuses on the cutting edge, and this particular design was inspired to help raise funds for critical research for breast cancer. The water pools shown above ripple every ten minutes representing how often a person is diagnosed with breast cancer in the UK. 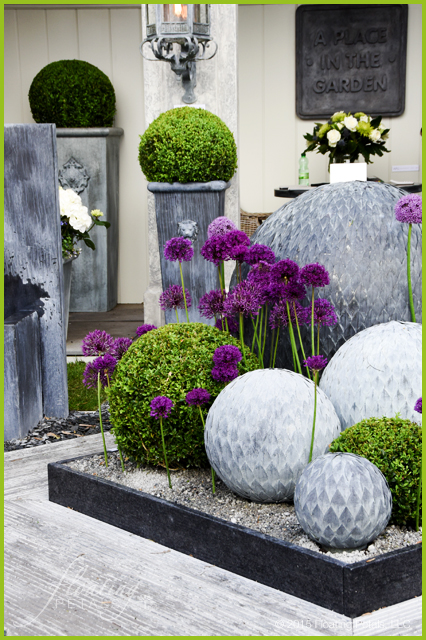 ‘A Place in the Garden’ looked so inviting with the round balls of flowing water, boxwoods added for a touch of green and striking purple allium continuing the circular theme throughout. 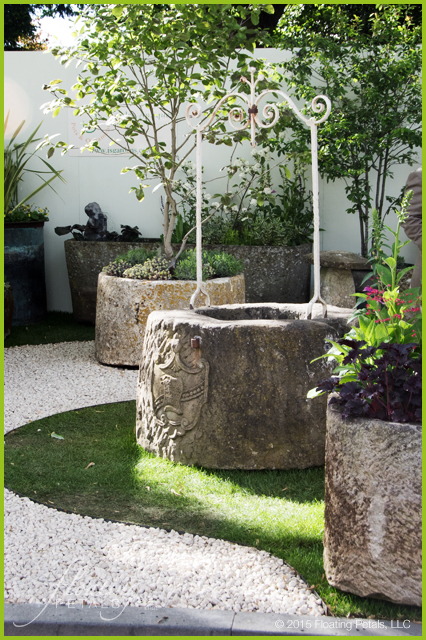 The Water Station was designed to create an awareness to protect our drinking water. The wells being the main focus here, as they used to be a place of not only getting water but also for socializing. 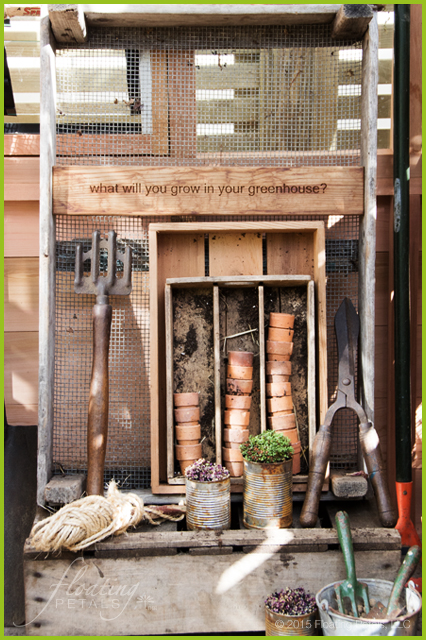 “What will you grow in your greenhouse?” above captured my attention as it is always a question in my mind. What new seeds will I pick for my cutting garden this year? And I continue to rearrange my perennial garden every year as I know it can always be improved. 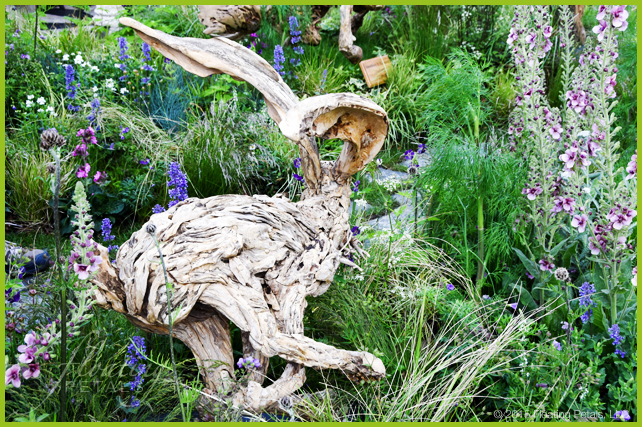 Creative sculptures made of wood, and a hare (as they say in the UK) that I wouldn’t mind in my garden as it wouldn’t eat my flowers, though it looks as if it’s on the run… maybe from this creature… 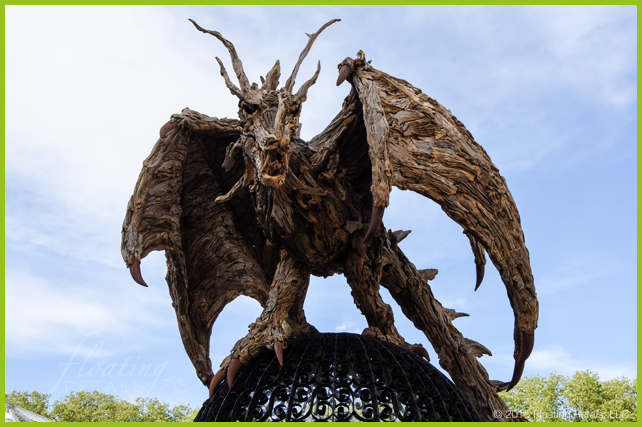 The menacing gargoyle looks as if it has found its prey, and sure I hope it’s not me!

The story continues next week as I dash into the Grand Pavilion to avoid the rapturous gargoyle.

Which image in this blog is your favorite? Please share with me in the comments below.

Featured image at the top of the post: Dahlia ‘Karma Thalia’.

4 thoughts on “THE RHS CHELSEA FLOWER SHOW, PART I”