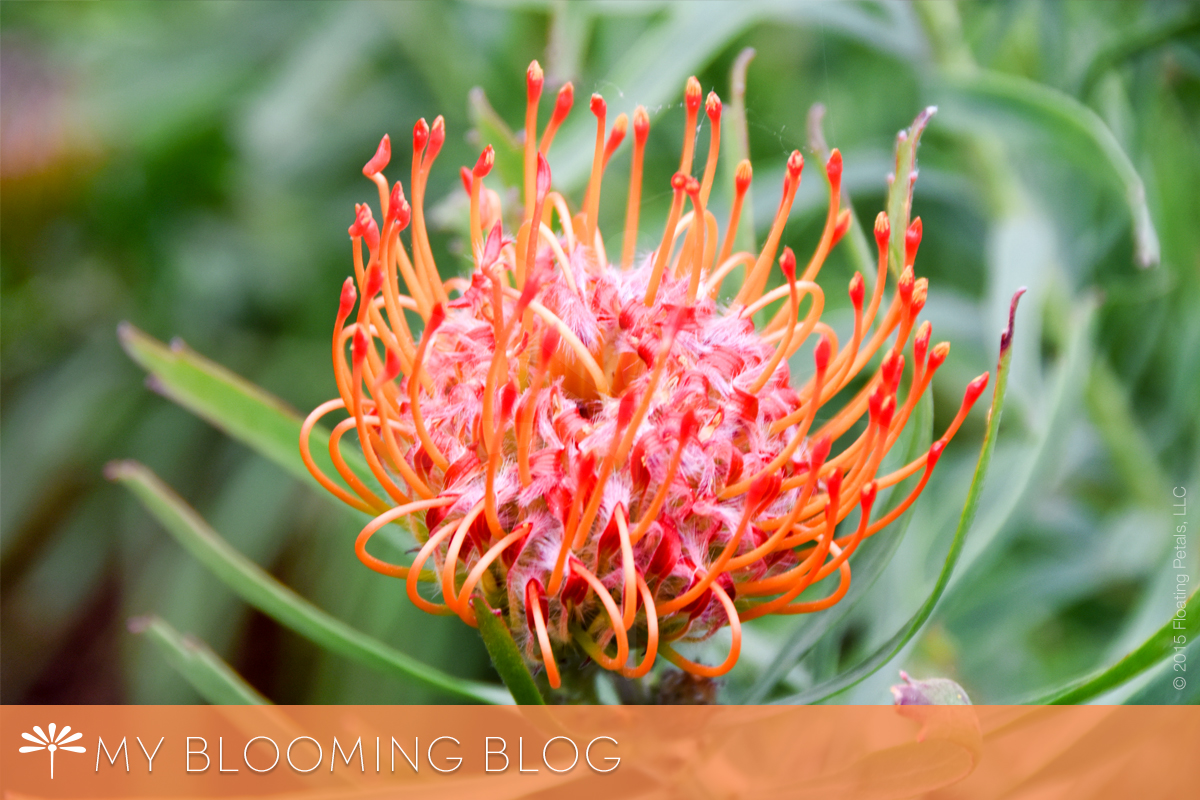 Having escaped the Gargoyle and now in the Grand Pavilion, I was struck by the amazing array of colors, flowers and variety on display.

Where to start, but right where I’m standing at this moment. From South Africa, Kirstenbosch, National Biodiversity Institute. This display told the story of the many challenges of traveling from afar, as every flower was flown from South Africa only to be held up in customs for days, giving them less than 72 hours to put their elaborate display together (with some of the flowers never being released). 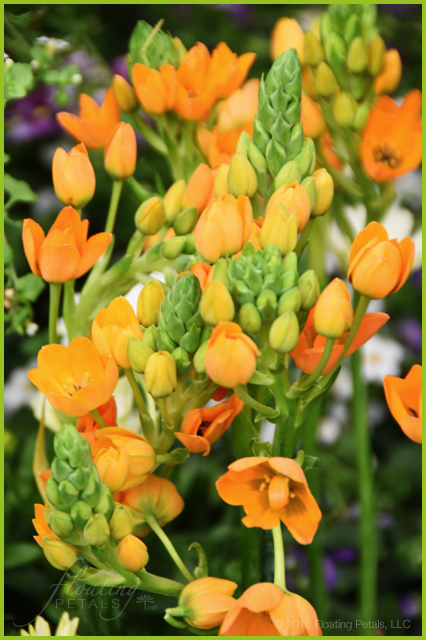 At the Kirstenbosch exhibit, I couldn’t contain my excitement as I came across the Orange Star, which was to be featured the next day for Wednesday’s Flower. Very serendipitous, especially since I had only first seen this flower in spring of this year. 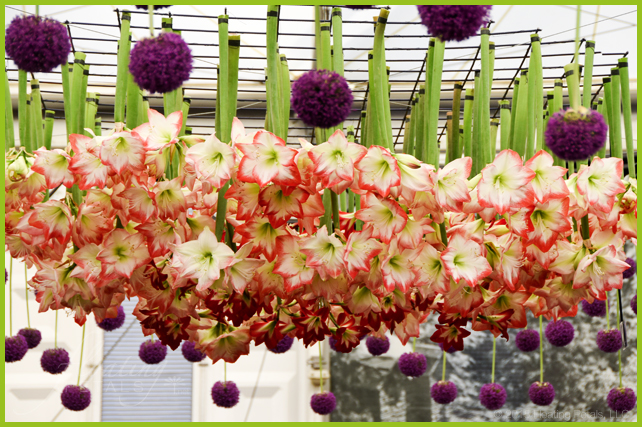 Allium and amaryllis of many colors and kinds, potted and hanging from above. I wonder if they have to replace the hanging cut flowers everyday? 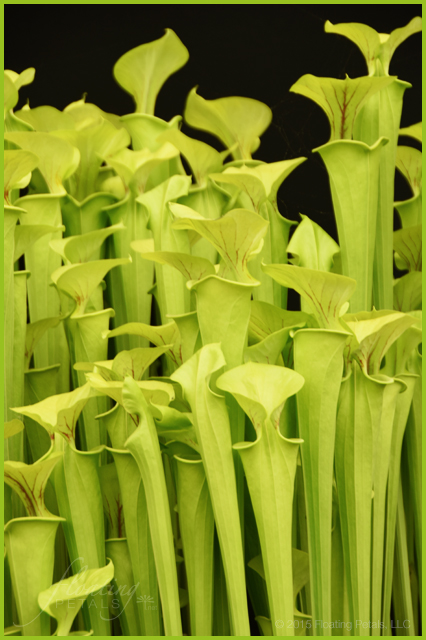 There were many surprises along the path of the Pavilion, and this tall green tubular plant was one of them: Carnivorous. Such a curious species, and one I’ll be looking to learn more about and to share. 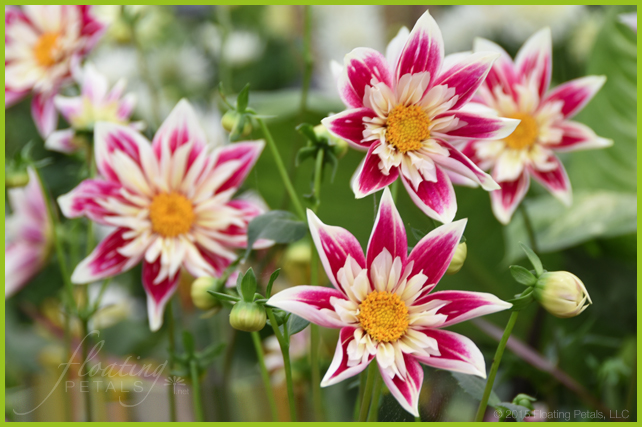 A beautiful display of Dahlias, and I found my new favorite that I just ordered for planting this year: Fashion Monger (shown above). I will have more to share on Dahlias soon as I’m taking a class tomorrow at the New York Botanical Garden called ‘Daunting Dahlias’, taught by Francis Palmer. Palmer is well known for her ceramic tableware (link to Francis’ website) and flowers she grows in her own gardens.

In addition to all of the various flowers, there were displays of my most favorite vegetable, potatoes, and such a multitude of varieties not even shown here. As well, there were creative displays of vegetables like the ‘Pea Show Perfections’.

Traditional tea served with crumpets and other treats, sweetly decorated with whimsical flowers to fit its setting.

Full displays of the most robust Lupins I have ever seen, Gladiolas in every color, and Chrysanthemums as ice cream cones and so much more. 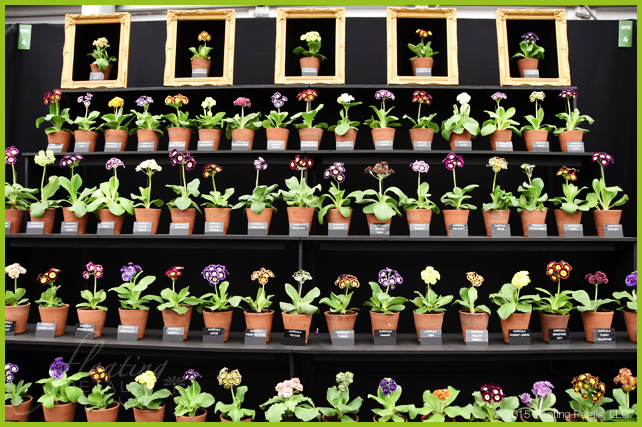 A sweet display of Primula Auricula. A winner at the show and crowded with people like no other booth to purchase the flowers. 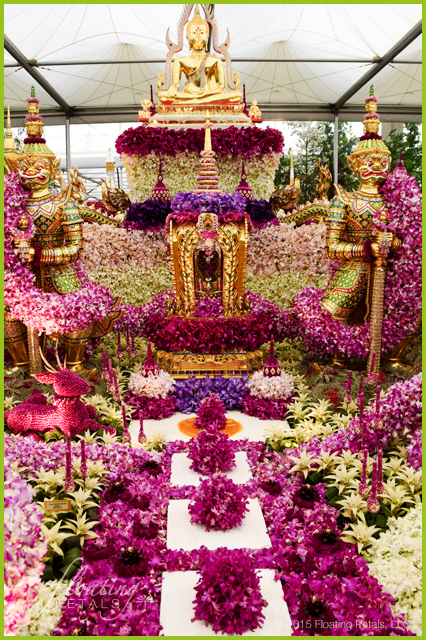 An explosion of orchids were on display here. As beautiful as it was, I think it might have been the point in my visit where I felt overloaded with all there was to take in.

So that is the peek into the Grand Pavilion at this year’s RHS Chelsea Flower Show. I hope you enjoyed it as much as I enjoyed sharing this with you. Maybe I will be so fortunate to make it back next year to share more of its views with you.

Featured image at the top of the post: Protea.