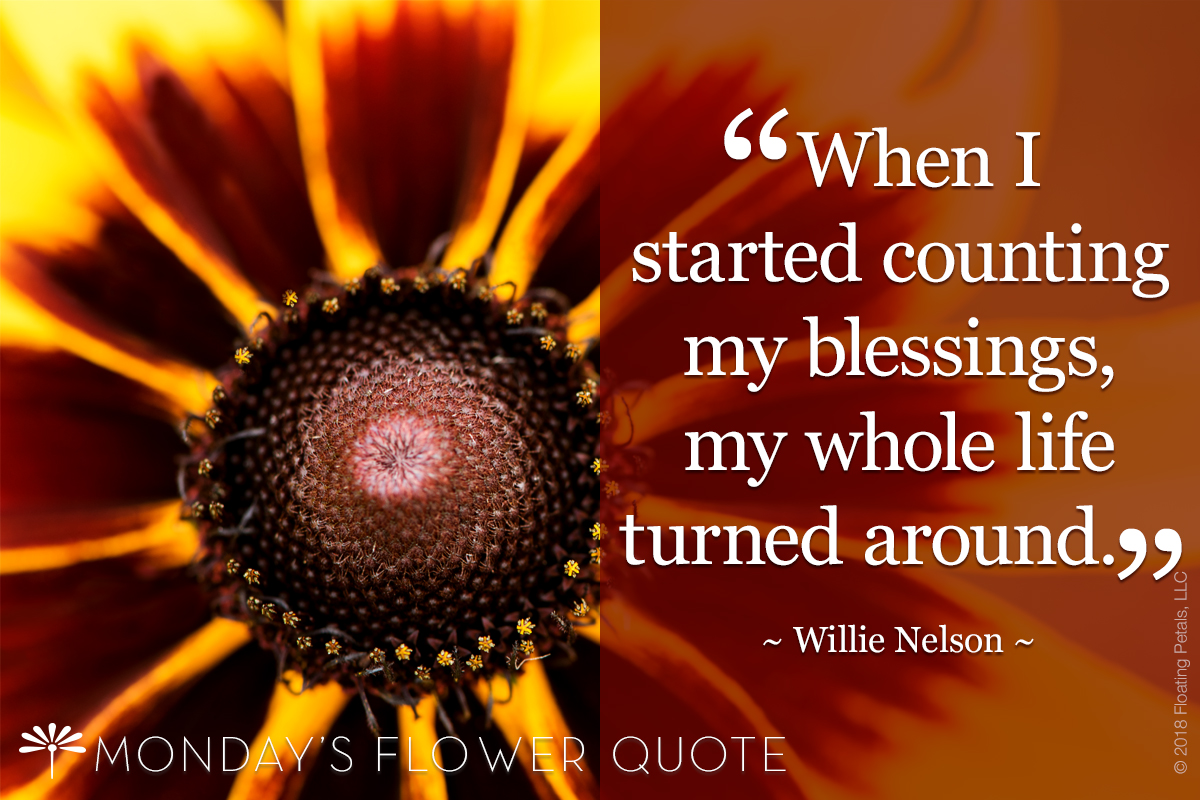 MY TWO CENTS
When I started counting my blessings, my whole life turned around…That is a life changing quote to live by, and to think that Willie Nelson, someone who has “it” all, needed to be reminded of that. If it can change his life, I know it can change mine. Let’s all use this as our mantra throughout this holiday season. I bet it will give a whole new perspective on life and the hectic vibe of the holidays.

ABOUT THE AUTHOR
Willie Nelson (born April 29, 1933) for me is best known as a Country Singer and songwriter. He is also an author, poet, actor and activist. To my great surprise I learned that he acted in over 30 movies. He was part of the subgenre of country music called ‘outlaw country’ to go against the more conservative Nashville sound during the 1960’s. Some other facts about Willie Nelson include: